It seems like the stars have aligned for Ansel Elgort and Shailene Woodley! Not long ago, The Fault in Our Stars alum Ansel Elgort shared a couple of pictures on Instagram that sparked dating rumors about him and his former co-star Shailene Woodley. At the moment, they are having the time of their lives in Italy.

In a photo shared by Ansel on the social media platform Instagram, the pair snuggled up to each other. Keep scrolling further to know more about the relationship status of Ansel Elgort and Shailene Woodley. 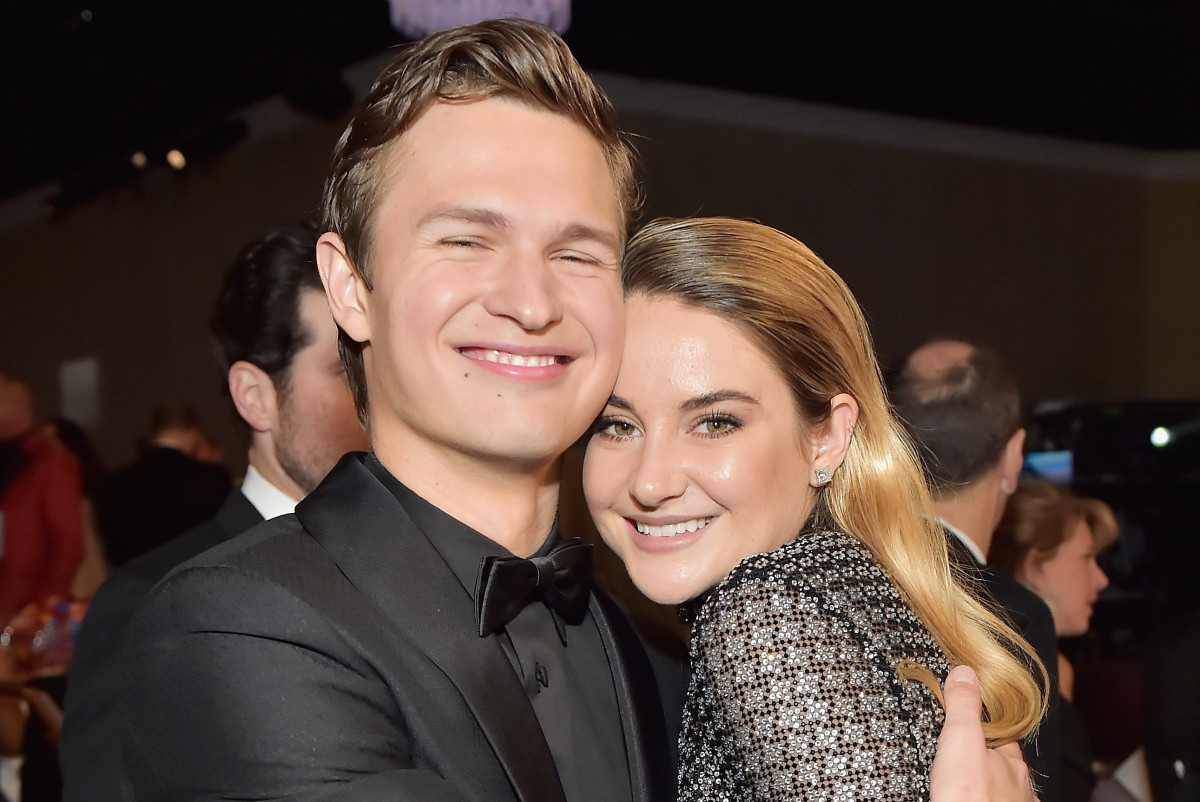 On Wednesday, Ansel shared a series of pictures from his Italy vacation on the social media platform. He also posted a snap of himself and Shailene Woodley on Instagram in which the two of them can be seen cuddling up to each other.

“It’s the time of the season for loooovvingg 💕,” he wrote alongside the carousel of pictures. He also inserted many solo pictures of himself from his trip to Italy in his latest photo dump. In the picture, Ansel and Shailene can be seen with big smiles on their face. The photo showed Woodley wrapped up in the arms of Elgort. The dinner table consisted of a couple of things including 2 glasses of red wine, a bowl of parmesan cheese, a leafy appetizer as well as a digital camera.

For their outing in Italy, Shailene rocked a green-and-white striped button-down. She let her hair loose. On the other hand, when we talk about Ansel, he looked handsome in a white Thom Browne shirt.

Along with this, Ansel also shared a single picture of Woodley from what looks like an intimate dinner between the pair. In the second snap, Elgort captured Shailene while she was sitting across from him at a different Italian restaurant.

At the time, the picture was taken, the champagne was being poured into her glass. In the snap, Shailene can be seen in a more casual look. She wore a gray T-shirt and hardly had any makeup on her face. She pulled her hair back in a messy bun. How did the fans react to the cozy pictures of Shailene and Ansel from their Italy vacation?

As soon as Elgort shared the pictures of the pair from their Italy vacation on the social media platform Instagram, the fans couldn’t keep their calm and excitement and flooded the comments section of the post with messages on their relationship status.

One fan wrote, “OMG OMG ARE YOU TWO DATING?

,” meanwhile another social media user further added, “the romance of the fault in the stars is not over Followed by a user who was keen to learn the current relationship of the pair and went on to say, “Is she your girlfriend?????” A user penned, “We have bottled all the stars this evening, my young friends🍾🍾.”

Do you ship Ansel Elgort and Shailene Woodley as a couple? Kindly let us know your thoughts in the comments section below. Don’t forget to stay tuned with us for the latest updates from the world of showbiz.

How Many Apples are in a Pound?