CHICAGO — It happened over 100 years ago, but stories still emerge about one of the most controversial World Series in baseball history, even today.

This time around the story is about a baseball found in the walls of the Tribune Tower, shielded within a time capsule, only to be discovered amid renovations for luxury condominiums in the place that once housed news stories galore.

It isn’t a baseball in pristine condition — in fact, it looks beaten to a pulp and as if were left burning on a grill before NFL Sunday kickoff — but the history behind the ball speaks for itself.

It’s a record-setting baseball, one that struck out six consecutive White Sox batters in a row and came with a letter describing the lore behind it, penned by then-sports editor of the Chicago Tribune, Harvey Woodruff.

The ball didn’t pop out of the time capsule with a shiny certificate proving what it did though.

According to an article in the Chicago Tribune, Executive Vice President Lee Golub of CIM Group Golub & Co. — who acquired the Tribune Tower back in June of 2016 — was a part of the initial group of people to discover the ball in one of three time capsules found in the walls of the old publishing center.

When inklings were passed around that it may be a Black Sox baseball, Golub made a call to the ‘pen and brought in a friend who has always had a hankering for baseball history, Grant DePorter.

DePorter is the CEO of Harry Caray’s Restaurant Group and founder of the Chicago Sports Museum. With DePorter being a seasoned Chicago sports historian, he used past connections to help trace the origin of the baseball.

His search led to him enlisting the help of special FBI agent and sports memorabilia expert Brian Brusokas, and the two came to the conclusion the ball was indeed as described; a record-setting baseball from the 1919 World Series between the Chicago White Sox and the Cincinnati Reds.

The clue that cracked the case was paraffin wax.

The baseball was used by Reds’ pitcher Horace “Hod” Eller in Game 5 of the 1919 World Series. Eller struck out nine batters that day, including the record-setting six in a row. What aided Eller in earning those nine strikeouts — and helped Deporter and Brusokas confirm the ball’s origin — was what Eller called a shine pitch. 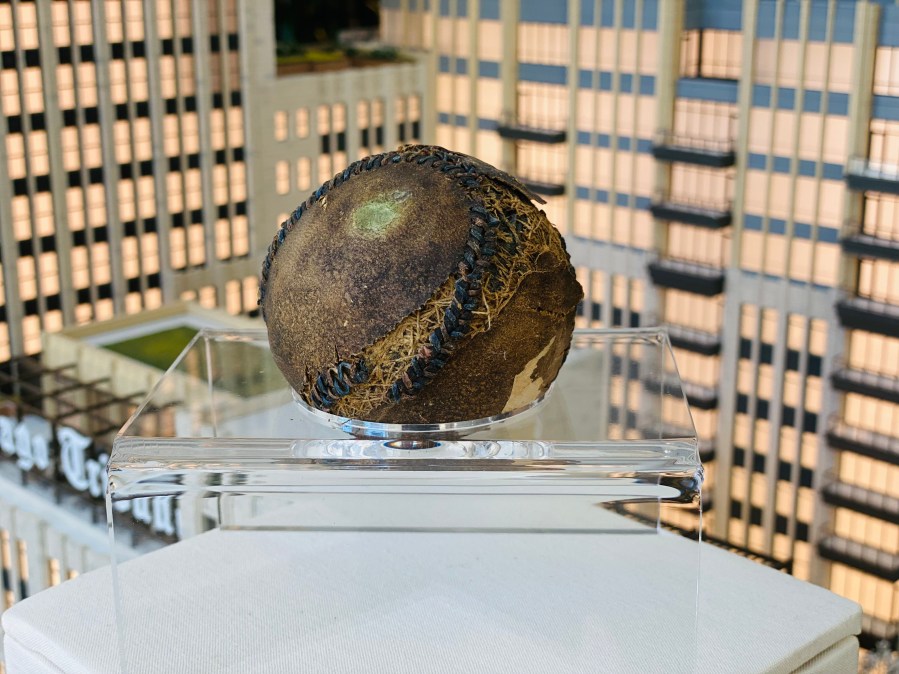 “This guy was known as the ultimate shine pitcher and there’s the tell-tale sign right there,” DePorter said, pointing toward a circular mark on the baseball during an interview with WGN. “The shine mark with the paraffin wax was where it was rubbing against his body.”

The ball and other Black Sox mementos — including letters from fans to “Shoeless” Joe Jackson and newspaper stories from 1919 through 1921 detailing the Black Sox scandal — are currently on display in Tribune Tower, but will be moved to the Chicago Sports Museum where they will be on display until the owners of the sports memorabilia decide what to do with the items next.

The NBA Is Finalizing An In-Season Tournament For 2023-24