The BMW PGA Championship will resume play Saturday under a new format after the DP World Tour temporarily suspended the tournament Thursday following the death of Queen Elizabeth II.

The European Tour said in a statement Friday that the flagship tournament at Wentworth Golf Club will now be shortened to 54 holes with the second round of the event scheduled to begin at 6:40 a.m. local time. 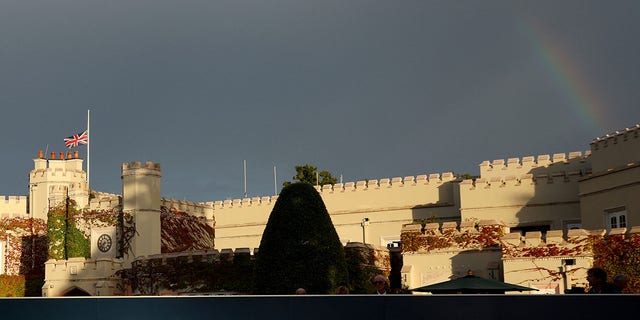 A rainbow appears as flags are flown at half-staff at the first tee following the announcement of the death of Her Majesty Queen Elizabeth II during the BMW PGA Championship at Wentworth Golf Club Sept. 8, 2022, in Virginia Water, England.
(Andrew Redington/Getty Images)

Players unable to complete the first round will return to their previous spot on the course at 7:30 a.m. local time.

“The decision to restart on Saturday has been taken in accordance with official national mourning guidance and in consultation with the Department for Digital, Culture, Media and Sport (DCMS),” the tour said in a statement.

“The Wentworth event will give players, caddies, staff, volunteers and spectators the opportunity to come together across the weekend, not only to express their condolences but also to celebrate the extraordinary life of Her Majesty.” 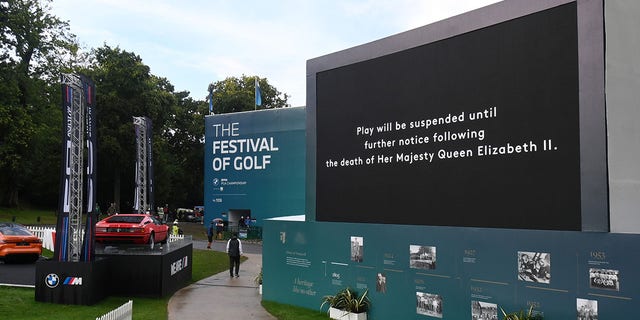 A screen displays the announcement that play is to be suspended following the death of Her Majesty Queen Elizabeth II during the BMW PGA Championship at Wentworth Golf Club Sept. 8, 2022, in Virginia Water, England.
(Eamonn M. McCormack/Getty Images)

Officials cited the possibility of the course not being available through Monday and the ongoing plans for the Queen’s funeral as reasons for shortening the course to finish on Sunday.

Out of respect for the Queen’s passing, the DP World Tour said that all scheduled entertainment events would be canceled and that black ribbons would be made available for people to wear. 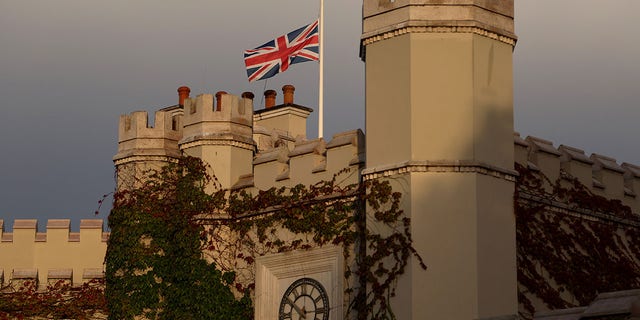 Flags are flown at half-staff on the Wentworth Club House following the announcement of the death of Her Majesty Queen Elizabeth II during the BMW PGA Championship at Wentworth Golf Club Sept. 8, 2022, in Virginia Water, England.
(Warren Little/Getty Images)

Flags will also continue to be flown at half-staff and a two-minute moment of silence will be held at 9:50 a.m. local time.

“On behalf of our players and everyone connected with the European Tour group, our thoughts and deepest condolences continue to be with the Royal Family at this time,” the DP World Tour said.