My husband was diagnosed with cancer when I was eight months pregnant.

A healthy, fit guy in his 30s, he had tumors that had spread to his lungs and perhaps even his brain. The news ripped the bottom out of our world. But it was undeniable on the scans — dots of white that represented his possible death before our first baby was born.

The young doctor who diagnosed him was eager to perform the necessary surgery, but like many with good insurance, we sought a second opinion from a more experienced physician.

That doctor was at City of Hope, a comprehensive cancer center in Duarte — where my husband eventually had that surgery and then chemotherapy, taking a one-day break for the birth of our daughter. He has now been cancer-free for more than a decade.

A gate on the campus of City of Hope, one of eight comprehensive cancer centers in California.

I am forever grateful to City of Hope, not just for the extraordinary level of skill we found with its doctors, but for the knowledge and compassion of everyone on their campus. Because it’s a comprehensive cancer center, one of eight in California with the designation from the National Cancer Institute, we had access not just to cutting-edge medicine and best-of-the-best doctors, but to a community of people who understood what we were going through even when we didn’t ourselves.

An inscription on a metal gate in its gardens sums up the care we received: “There is no profit in curing the body if, in the process, we destroy the soul.”

Everyone should have access to that level of care when they face a serious cancer. But Primo Castro didn’t have my family’s options when his mom became ill, and his soul is still hurting.

In 2004, when Castro was 23, his mother, Maria Lourdes, was diagnosed with gallbladder cancer. Well, really, she was misdiagnosed multiple times. Gallbladder cancer is rare, and not every doctor knows the signs. They found it too late to do much about it.

Castro is the eldest of four kids, conceived in the Mexican town of Numarán in the state of Michoacan and born in Los Angeles in 1979, the year his parents crossed the border looking for that mythic better life. His father, Primitivo, worked as a server at El Compadre on Sunset for more than 30 years, while Maria Lourdes stayed home, devoting herself to raising the children in a Boyle Heights apartment.

Castro was the first in his family to go to college — earning a political science degree at Michigan State University. He thought about trying his luck in Washington, D.C., but came home instead and took a job with the California secretary of state. Soon after, in 2004 at the age of 44, his mom started feeling sick and in pain. She turned a pale yellow color, he said, and all he can remember is her anguish, and his. Primo Castro, with his wife, Melba Schneider Castro, and their daughters, from left, Madison, Julia, Lourdes and Sofia.

“Everything came crashing down for us,” he told me. His life became taking care of Maria Lourdes and his siblings while his father worked to pay the bills that kept coming. He had always thought of his mom as the rock of the family, but suddenly that responsibility was on him.

In the middle of that desperation and exhaustion there was this: Maria Lourdes’ doctors told her there was little they could do to stop the cancer beyond the standard chemotherapy and radiation, but there was a clinical trial that might help. She met every criteria except one. The facility conducting the trial didn’t take Medi-Cal, her only insurance. 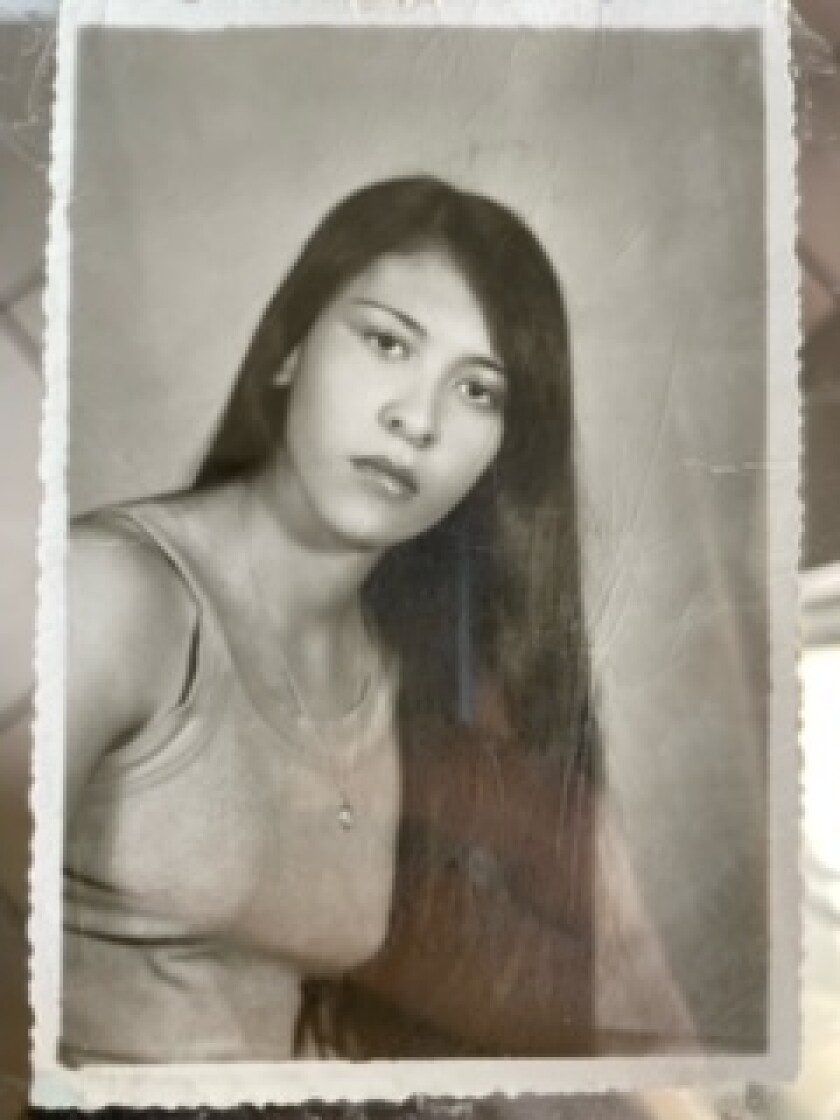 Maria Lourdes Castro, nicknamed Patí by her family, in an undated photo.

Eight months after being diagnosed, Maria Lourdes died. Nearly 20 years later, Castro still wonders if the clinical trial could have made a difference.

“It feels awful knowing that there are potential [treatments] but if you don’t have access to that, what’s the point?” he said, as his own four kids played in the background of his La Habra Heights home.

Currently in California, like so much in healthcare, our poor and vulnerable communities are often shut out of places like City of Hope — in part because managed care plans in our state insurance, Medi-Cal, aren’t required to contract with them.

And that’s a lot of people. Some 13.5 million, about a third of Californians, depend on Medi-Cal and the majority of those are in a managed care plan. In one of the worst moments in their lives, those low-income patients can’t access the care they need.

It’s simple to fix and, here in Sacramento, state legislators are currently working on it with Senate Bill 987.

It would require every Medi-Cal managed care plan to make its best effort to contract with at least one National Cancer Institute Designated Cancer Center, academic center or another specialty network that handles community-based clinical trials — and ensure that if one of its patients is diagnosed with a complex cancer, they are referred to that provider within 15 business days if the patient makes that request.

Here are some disturbing statistics on the consequences of unequal care. In one study, leukemia patients in California who had access to designated specialists for cancer care had a 53% reduction in the chance of early mortality — their chances of dying prematurely were cut in half by having the right doctor.

It is a “stark difference,” said Joe Alvarnas, a City of Hope oncologist who specializes in bone marrow transplants.

“I’ve seen those patients. Access can translate into life,” he told me.

It’s not just who survives, but when the cancer is found. In a study published this month, researchers looked at patients with lung cancer and found those living in areas with the lowest education and income — often Black and brown people — had significantly higher odds of being diagnosed at later stages of cancer. Later stages mean worse outcomes — for patients and society.

Clinical trials like those routinely run by places including City of Hope are often plagued by a lack of diversity, which just bakes inequity deeper into medical care. Diversity in patient populations means diversity in research, and the potential for better treatments for us all.

Which is one of the reasons City of Hope helped write the bill.

“When [patients] suffer, part of our challenge is not only to want to improve their care but also to ensure no family suffers the same way in the future,” Alvarnas said.

Critics say there are significant costs involved in granting access to this level of care, possibly in the millions — to handle the workflow, changes to the system and potentially higher reimbursements. There’s also a transportation issue. Medi-Cal requires some travel costs to be reimbursed and not every region has a specialty center — meaning that some patients could decide to travel hundreds of miles to reach one of those facilities, and insurance may have to pay those costs, too.

For Castro, the trauma of that lingering “what if” is greater than those fiscal concerns.

He went on to pursue that government career he dreamed of, working more than a dozen years at the state Capitol. Then the ghost of his mom caught up with him and he decided to take his skills to the American Cancer Society Action Network, which advocates for better care and is another author of the bill. In March, he was half paying attention on a Zoom call when he heard “Medi-Cal” and “cancer” pop up in the same conversation.

Though he considers himself a private person, he thought it was time to share his grief, after realizing this proposed change in law could help other families like his own.

I don’t talk about my husband’s cancer much either, but I am heartbroken by the juxtaposition of these two tales of insurance.

Castro sees Medi-Cal as providing “the care of last resort, for the disadvantaged, for people of color,” he said.

It’s an important safeguard. That doesn’t mean it should be lesser.

CCOO union warns that it will denounce Malaga construction companies