The two “armed and dangerous” suspects being sought following a stabbing spree in Canada that left 10 people dead remain on the loose Monday despite “relentless efforts through the night” to track them down, police say.

Damien Sanderson, 31, and Myles Sanderson, 30, are also suspected of injuring 15 people in the series of knife attacks in Saskatchewan that led the James Smith Cree Nation to declare a state of emergency and shook residents of the nearby village of Weldon.

“Unfortunately, the two males are still at large. This, despite ongoing, relentless efforts through night by both the RCMP and Regina Police Service to locate these two individuals. They have not yet been located,” Regina Police Chief Evan Bray said Monday.

Last night, Bray said “we still believe these suspects are likely in the city of Regina and as such we have a lot of resources that are dedicated to this,” without elaborating. 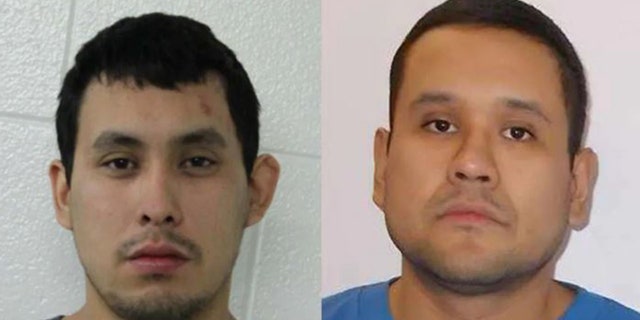 “We will not stop this investigation until we have those two safely in custody,” Bray vowed this morning in a video posted on Twitter. “We are confident that someone out there knows the whereabouts of these two and has information that would be valuable to the police and I urge you to get in touch with your local police service to let us know.”

Rhonda Blackmore, the Commanding Officer of the Saskatchewan Royal Canadian Mounted Police, said in a statement that both men are considered “armed and dangerous” and anyone who spots them should “immediately leave the area, and call 911.”

“At this stage in our investigation, we believe some of the victims have been targeted by the suspects and others have been attacked randomly,” she added, noting that police are working the scenes of “13 locations in the communities of the James Smith Cree Nation and Weldon in Saskatchewan.” 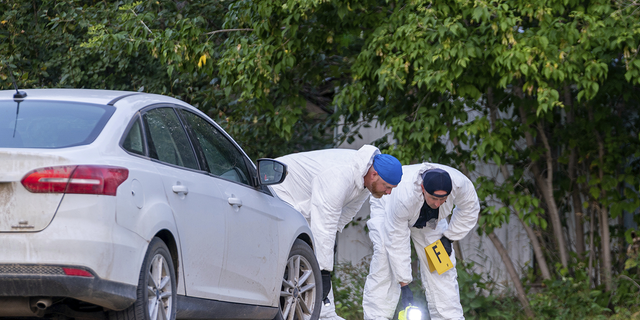 Investigators examine the ground at the scene of a stabbing in Weldon, Saskatchewan on Sunday, Sept. 4.
(Heywood Yu/The Canadian Press via AP)

She couldn’t provide a motive, but the chief of the Federation of Sovereign Indigenous Nations gave a statement suggesting the stabbings could be drug-related.

“This is the destruction we face when harmful illegal drugs invade our communities, and we demand all authorities to take direction from the chiefs and councils and their membership to create safer and healthier communities for our people,” said Chief Bobby Cameron of the Federation of Sovereign Indigenous Nations.

Chakastaypasin Chief Calvin Sanderson — who apparently is not related to the suspects, according to The Associated Press — said everyone has been affected by the tragic events. 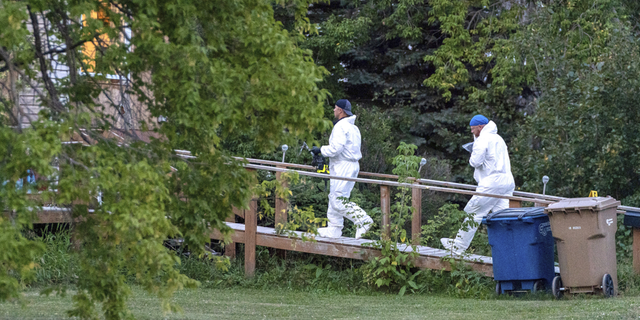 Investigators enter a house at the scene of a stabbing in Weldon, Saskatchewan, on Sunday, Sept. 4.
(Heywood Yu/The Canadian Press via AP)

“They were our relatives, friends,” Sanderson said of the victims. “It’s pretty horrific.”

The attack is among the deadliest mass killings in Canadian history. The deadliest gun rampage in the country’s history happened in 2020, when a man disguised as a police officer shot people in their homes and set fires across the province of Nova Scotia, killing 22 people. A man used a van to kill 10 pedestrians in Toronto in 2019.

House of the Dragon Episode 3 Ending Explained: A New Dragon is Finally Here