At Monday’s Milwaukee Brewers game, a sentimental message appeared on the Jumbotron for a fan named Mark.

The message said, “Mark — your friendship means the world to me — let’s not wreck it.” Mark had been relegated to the friend zone in front of thousands at a professional baseball game. 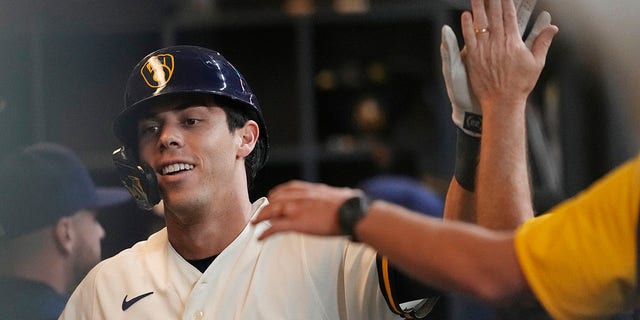 Christian Yelich (22) of the Milwaukee Brewers celebrates in the dugout after hitting a solo home run against the Los Angeles Dodgers in the fifth inning at American Family Field Aug. 16, 2022, in Milwaukee.
(Patrick McDermott/Getty Images)

But the Brewers made it up to Mark, scoring two in the the eighth to tie it. Keston Hiura belted a walk-off home run in the ninth.

Turns out Mark was the Brew Crew’s motivation, according to Christian Yelich. 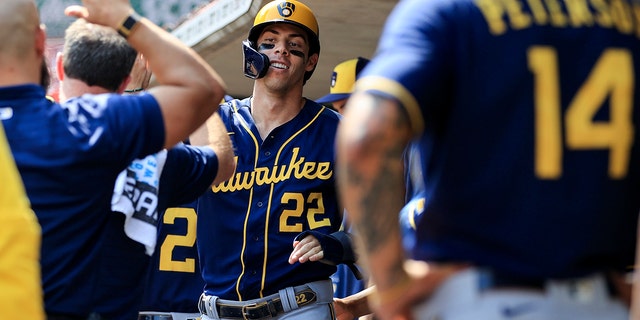 The Milwaukee Brewers’ Christian Yelich high-fives teammates in the dugout after scoring a run during the ninth inning of a game against the Cincinnati Reds in Cincinnati May 11, 2022.
(AP Photo/Aaron Doster)

“Down 2 in the 8th inning, the dugout looked up, saw this, and said “let’s win one for Mark”. We got you man.” Yelich tweeted Tuesday. 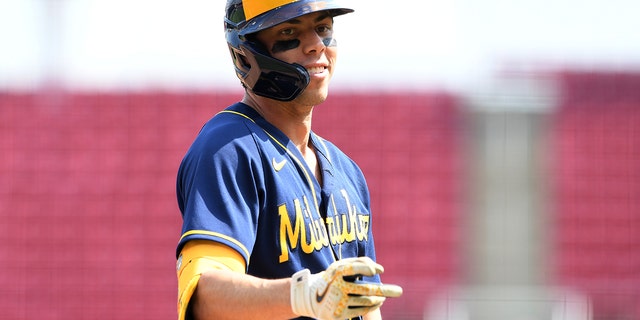 Christian Yelich of the Milwaukee Brewers signals to the dugout after hitting a triple for a cycle in the ninth inning during a game against the Cincinnati Reds at Great American Ball Park May 11, 2022, in Cincinnati.
(Emilee Chinn/Getty Images)

The Brewers trail the St. Louis Cardinals by six games in the National League Central, but they trail the San Diego Padres by just 1.5 games for the final wild-card spot.

What Was Mikhail Gorbachev's Cause of Death?