Chris Martin took a moment to design a tattoo for a fan while in the middle of singing at a Coldplay show at London’s Wembley Stadium… as you do.

The band’s frontman spotted a sign in the crowd, being held by a fan named Mattie Jolley, asking him to design a tattoo.

Prior to performing Fix You, the rocker reportedly kneeled on stage and instructed Mattie to get a paper and pen ready.

Then, while belting out the hit song, the 45-year-old star proceeded to draw the design on her notepad, fulfilling her wish right there and then.

‘As soon as it happened, I burst into tears realising what had just happened and I was more in shock,’ she told LadBible. 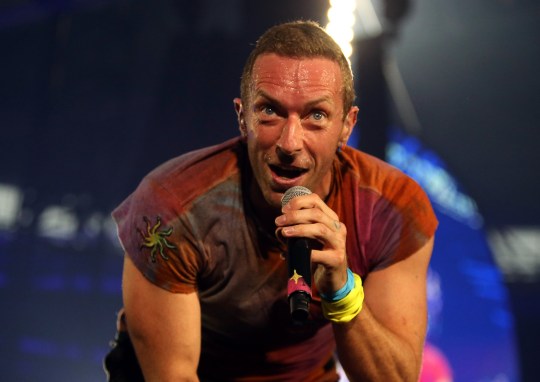 ‘He didn’t have to do it and I am so grateful he did.’

Mattie described the design as ‘a really cool love heart, which has a cool-looking infinity sign around it’.

The singer also sang Kate Bush’s Running Up That Hill with Steve Coogan at one of his concerts, who was in character as Alan Partridge.

At another point, Chris stopped mid-song to ask fans to put away their mobile phones.

He also made a teen musician’s dream come true during their tour, who hopes to follow in his footsteps.

Leo Hall, 17, was spotted by Chris in the crowd at one of the band’s Wembley dates and was invited up to perform in front of 90,000 fans during their show. 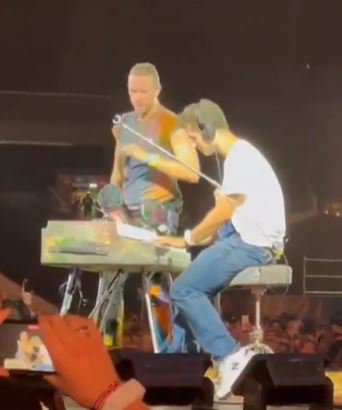 Leo Hall’s dreams came true after Chris plucked him out of the crowd at Wembley and asked him to perform (Pictures: TikTok @ha11ettt / Leo Hall)

He received high praise from Chris after playing Let Somebody Go on the piano, with the singer even telling the fan: ‘That’s better than we ever did it, man.’

Earlier this week, the band announced new UK and European gigs for 2023 as part of their world tour in support of their latest album Music of the Spheres’.

MORE : Shia LaBeouf denies Olivia Wilde’s claims she fired him from Don’t Worry Darling: ‘You and I both know the reasons for my exit’

MORE : Kelly Brook genuinely forgot which Gladiator she dated: ‘Was it Washing Machine?’