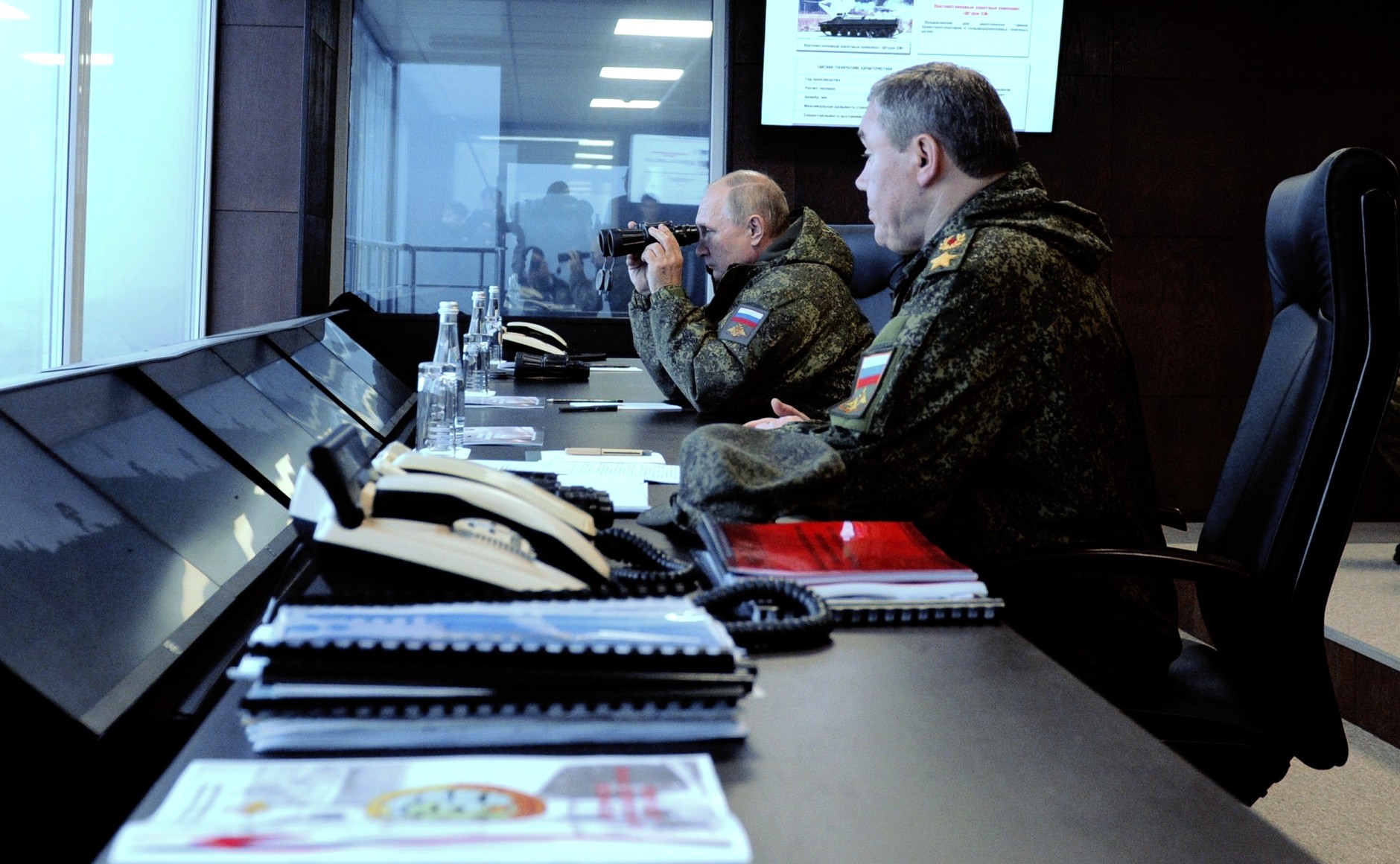 Commander-in-Chief of the Russian Armed Forces and President of Russia Vladimir Putin observed the main stage of the Vostok-2022 strategic command post exercise at the Sergeevsky training range in Primorye Territory, as reported on Tuesday, September 6.

Russian President Vladimir Putin observed the main stage of the Vostok-2022 alongside Valery Gerasimov, Chief of the General Staff of the Russian Armed Forces and First Deputy Defense Minister.

The manoeuvres were also monitored by Defence Minister Sergei Shoigu.

According to the Kremlin, “the plan for the Vostok-2022 SCSF provides for various options for the actions of inter-service and coalition troop groups in the interests of ensuring the security of Russia and its allies in the area of responsibility of the Eastern Military District.”

“The exercise takes place from 1 to 7 September with practical training of defensive and offensive actions at seven firing ranges of the Eastern Military District: Burduny, Goryachi Klyuchi, Knyaze-Volkonsky, Lagunnoye, Sergeevsky, Teleemba and Uspenovsky, as well as in the waters and coastal zones of the Sea of Okhotsk and the Sea of Japan.”

“In all, more than 50,000 servicemen and more than five thousand pieces of weapons and military equipment, including 140 aircraft, 60 warships, boats and support vessels, are involved in carrying out training and combat missions.”

The news comes after 24 Russian soldiers were reportedly injured with the majority hospitalised after a truck overturned in a Vostok-2022 training exercise.