The Arizona Diamondbacks plan to bring back manager Torey Lovullo next season.

The D-backs announced on Tuesday that they’ve exercised the club option on Lovullo’s contract for 2023. The move comes one day after the biggest comeback win in franchise history: Arizona was trailing 7-0 in the fourth inning against the Phillies before rallying for a 13-7 victory. 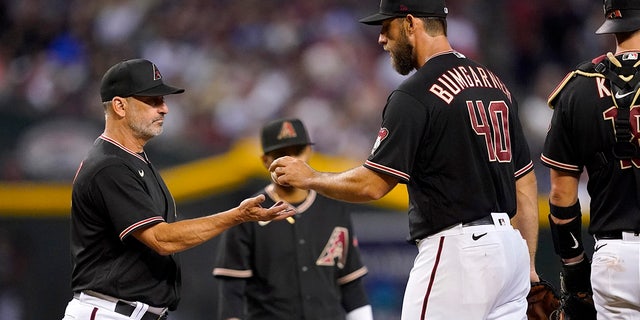 Arizona Diamondbacks starting pitcher Madison Bumgarner (40) is pulled from the game by manager Torey Lovullo, left, during the sixth inning of a baseball game against the St. Louis Cardinals, Saturday, Aug. 20, 2022, in Phoenix.
(AP Photo/Matt York)

Lovullo is in his sixth season with the club and is the longest-tenured manager in club history. He was NL Manager of the Year in 2017, guiding the team to the playoffs, but the franchise has slowly regressed since.

The D-backs finished with a 52-110 mark in 2021, the second-worst mark in the team’s history. They’ve been much more competitive this year, improving to 60-67 after Monday’s win. 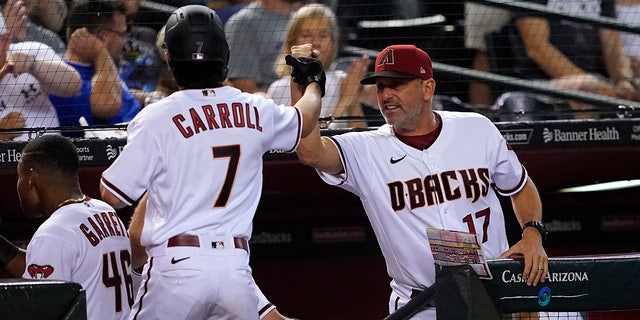 Arizona is 20-15 since the All-Star break, buoyed by the promotions of several promising prospects, including outfielders Corbin Carroll, Alek Thomas and Stone Garrett, and pitcher Tommy Henry.