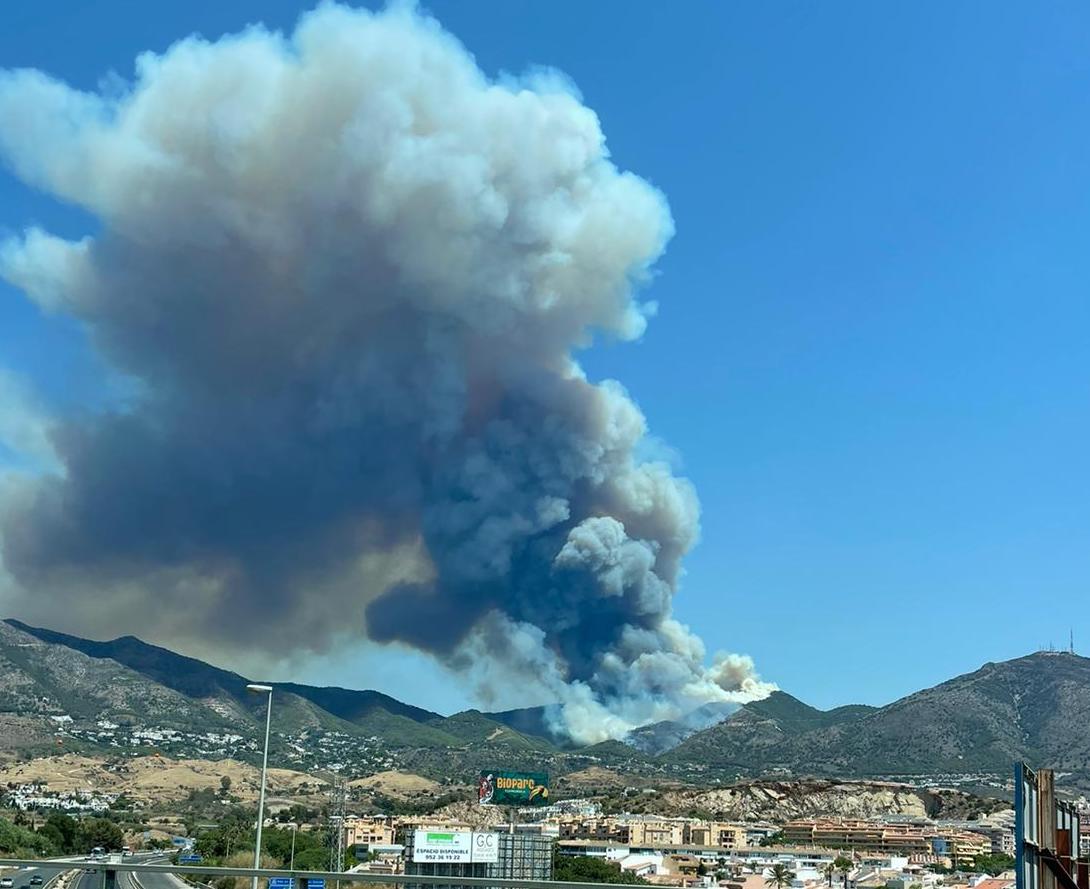 The parts of the Malaga municipality of Mijas that were affected by the recent forest fires have been declared disaster zones by the Government.

During a meeting of the Council of Ministers today, Tuesday, August 23, the declaration of ‘disaster areas’ was approved for the regions of Spain recently affected by forest fires. These areas were registered in 15 autonomous communities, with the only omissions being Cantabria and Asturias.

In Andalucia, the Malaga municipality of Mijas was among those included, where two huge fires occurred on July 15 and 26. Pinos Puente in Granada province and the Huelva region of Bonares were also listed, both of which were affected by outbreaks on July 25. The fifth region included was Guillena in Sevilla, where a fire was declared on July 10.

Through a statement, the Andalucian government indicated that in all cases, these fires reached such a seriousness that the affected autonomous communities were forced to activate their respective protection plans. As established by the General State Plan for Emergencies (Plegem), they were placed in an operational situation of levels 1 and 2.

Three people died as a result of these fires, while dozens suffered injuries of various kinds. The virulence of the fires also forced the preventive evacuation of more than 27,500 people, a figure that represents an absolute record.

Serious environmental damage was also generated, affecting infrastructure and public and private property. Crops, farms, industrial estates, and other production facilities, all incurred varying levels of damage. At this time, the amount of destruction has not been quantified added the statement.

To achieve the full restoration of essential public services and to recover normality in the affected areas, justifies the intervention of the General State Administration the statement pointed out.

Today’s agreement by the Council of Ministers provides for recovery measures whose execution is the responsibility of the Ministry of the Interior. They include aid for death or absolute and permanent disability, worth €18,000.

A limit of €9,224 is set for damage caused to common elements of general use of a community of owners under a horizontal property, of up to 50 per cent of the technical valuation carried out by the relevant insurance company.

Finally, aid to natural or legal persons who have made personal and property benefits is included. The total amount of expenses and aid to the owners of industrial, commercial, and service establishments, including agricultural, maritime-fishing, and tourist establishments, has a limit of €9,224.

The agreement also provides for the possibility of approving an exemption from the fees of the Central Traffic Headquarters Autonomous Body for duplicate driving or driving licenses, as well as cancellations of damaged vehicles.

'Lords Of The Fallen' reboot announced with a trailer at Gamescom