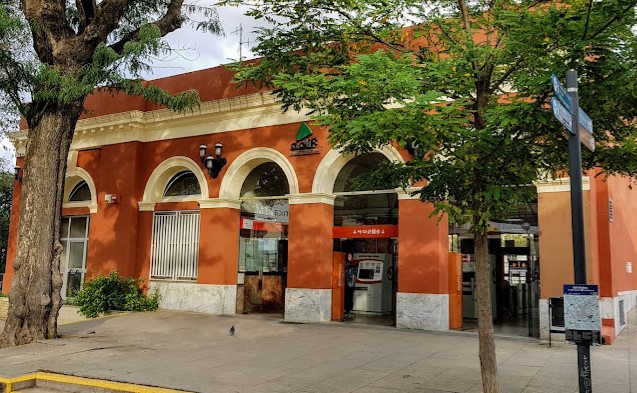 The Sant Andreu Comtal railway station in Barcelona was opened in 1854 and is Europe’s oldest such facility.

Sant Andreu Comtal station is the oldest railway building in active service in Spain, and is Europe’s oldest such facility. It came into operation on July 23, 1854, when the railway line connecting Barcelona and Granollers was inaugurated.

The building is located in Placa de l’Estacio, in the municipality of Barcelona, where single-storey dwellings from the end of the 19th century are preserved in all their glory.

Pending its final closure, initially scheduled for this year, the station will be replaced by a modern infrastructure that will be built a short distance from the current one. It will be located on the concrete plate that covers the tracks, with an area of ​​696m².

This train station gets its name from the fact that it was located next to the Rec Comtal, the historic hydraulic infrastructure designed to provide an energy source to run the mills, along with irrigation for the orchards. In the 19th century, it also provided water for the incipient industry of Barcelona.

It was built around the year 1000, and its impulse was attributed to Count Mir or Miro. He was the count of Barcelona, Gerona and Osona from 947 until his death in 966.

At first, the facility took the water from the Besos river and diverted it through a ditch. Later on, it was fed by the underground water of the aquifer placed in La Mina de Montcada. In later times, it was also fed from La Casa and Aguas de Montcada.

There are still uncovered remains of the Rec Comtal in the municipality of Barcelona. These include the Plaza Primero de Mayo and the Puente de la Vaca, which still irrigates the orchards or La Ponderosa. Within the district of Sant Andreu there are still the ruins of the Mas de Ca l’Oller, but others, like the Roca agujereada, have been lost.

It was a stop for Cercanias de Cataluña trains on the R2 and R2 Norte lines of the Barcelona commuter services and various regional services, operated by Renfe. Sant Andreu, in turn, is a station on L1 of the Barcelona metro.