Since accepting the job as head coach, Giants’ Brian Daboll has been asked who will be calling the offense on Sundays, whether it is him or new offensive coordinator Mike Kafka.

The answer is finally here.

Daboll told reporters on Monday that Kafka will head into this week preparing for the Tennessee Titans as the play-caller in Week 1, per NFL Network. 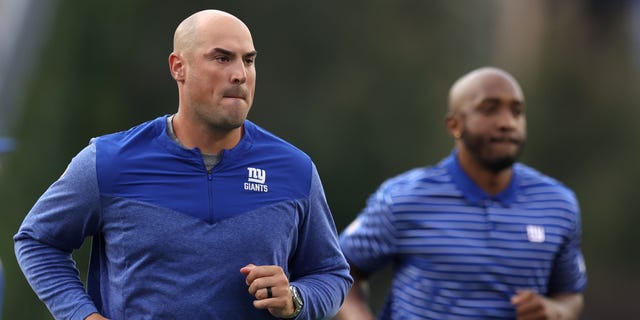 Offensive Coordinator Mike Kafka, of the New York Giants, looks on ahead of the preseason game between the New York Giants and the New England Patriots at Gillette Stadium on Aug. 11, 2022 in Foxborough, Massachusetts.
(Maddie Meyer/Getty Images)

Kafka has been the man inside the quarterback’s helmet all preseason, so the job was certainly leaning in his favor. While preseason stats obviously do not matter once games kick off this week, the Giants did have the most yards per game over their three exhibition contests, so Kafka seems to know what is working.

Either way, the Giants were in better hands than they were in 2021. They began the year with Jason Garrett as offensive coordinator despite his system being a bit too traditional for how the modern NFL works. That showed itself when conservative play did not generate many points, as Big Blue only averaged 15.2 points per game, second-worst in the league last season. 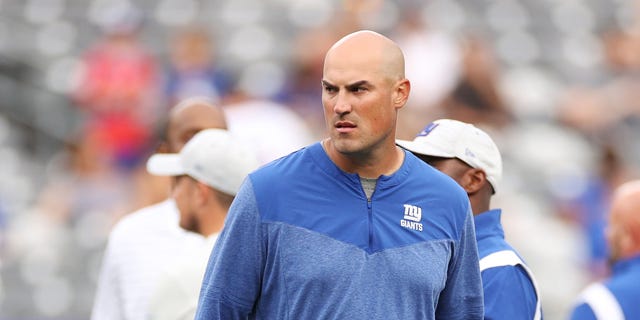 Offensive coordinator Mike Kafka, of the New York Giants, looks on during warmups of a preseason game against the Cincinnati Bengals at MetLife Stadium on Aug. 21, 2022 in East Rutherford, New Jersey.
(Sarah Stier/Getty Images)

Freddie Kitchens, who was head coach of the Cleveland Browns in 2019, took over once the Giants parted ways with Garrett and nothing improved. New York would end up second-worst in yards per game (287.3) and passing yards per game (188.0) on their way to a 4-13 record.

It was truly rock bottom for a team that is desperately trying to find their first playoff berth since the 2016 season. For Daboll and Kafka, who both come from rich offenses with the Buffalo Bills and Kansas City Chiefs respectively, the mindset is that it is only up from here. 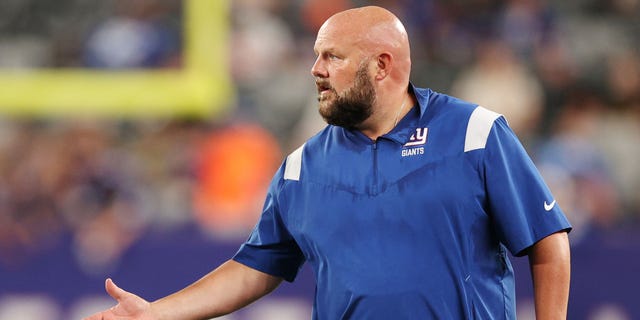 Head coach Brian Daboll, of the New York Giants, reacts during the second half of a preseason game against the Cincinnati Bengals at MetLife Stadium on Aug. 21, 2022, in East Rutherford, New Jersey. The Giants won 25-22.
(Sarah Stier/Getty Images)

The Giants still have Daniel Jones under center, playing in the final year of his rookie deal after the team declined to pick up his fifth-year option. In this prove-it year, Daboll’s and Kafka’s goal is to get a true evaluation at the quarterback position. Implementing a more modern offense is expected to help Jones – if he can make it work on gameday.

Kafka’s play-calling will be put to the test in Week 1 against the Titans, who have a defensive-minded head coach in Mike Vrabel. Tennessee was ranked 12th in yards allowed per game last season.