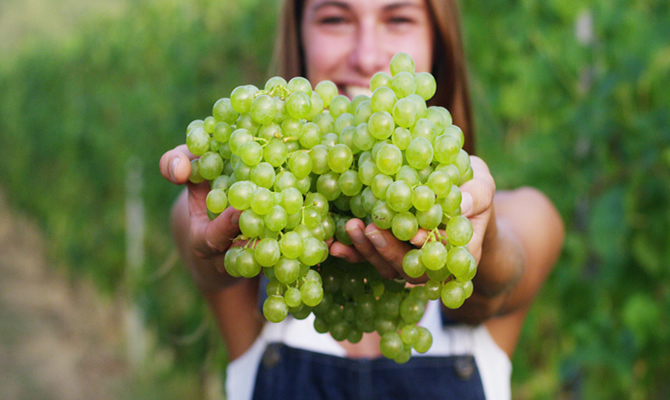 Image of a woman holding a bunch of green grapes.
Credit: HQuality/Shutterstock.com

The grape harvest in Malaga province is expected to yield around 50 per cent less than last year due to the heat and drought conditions.

According to sources from the Union of Small Farmers and Ranchers (UPA) of Malaga, Asaja Cadiz and the Jerez Designation of Origin Regulatory Council, this year’s grape harvest has been brought forward. Farmers in Andalucia will start gathering their crops around ten or fifteen days earlier than expected they said.

This news was passed to Europa Press, citing the need to harvest the grapes earlier than normal due to unusually high temperatures during August, as well as the drought conditions that exist. Grape production in Malaga province is estimated to yield around 50 per cent compared to 2021.

Francisco Moscoso, the deputy secretary of agriculture of UPA Malaga explained that due to the drop in production in the Axarquia area: “half of the production will be used for wine instead of raisins”. The average rainfall has been between 190 and 200l/m² he added, in comparison to the usual average of around 350l/m².

He pointed out that in the Mollina area of Malaga, “all production is dedicated to wine”. Production has also been affected and reduced in this area by between 30 and 40 per cent compared to last year he said. In this area, rainfall has reached 300 cubic litres, 100 less than last year, although in this dry area, at least 500l/m²  should fall, added Moscoso.

This year has been “a total failure” for farmers he stressed. “At this time, heat is needed, but not so much”, Moscoso pointed out, in reference to the high temperatures of last July. The heat has caused the grape to dry and the cluster does not acquire ripeness, causing the size of the grape to not be adequate, resulting in less production and quality.

Francisco Guerrero, the president of Viñas de Asaja Cadiz, explained that this year the harvest started earlier, “fundamentally due to the drought. The high temperatures suffered since May have caused a strange maturation, causing the grape to not ripen, but rather concentrating sugar and acidity”.

The temperatures in August are helping the maturation of the grapes he added, although the harvest has begun because a lot of the grapes were burning. In addition, the excess of concentration generated by the high temperatures was causing the grapes from the Cadiz vineyards to “pacify before ripening”.

Starting the harvest earlier was not only a decision made by the winegrowers, he affirmed, but also of the processing companies.

David Gomez, a technician from the Vineyard Department of the Jerez Regulatory Council, estimated that grape production will exceed 40.5 million, around 25-30 per cent less than last year, which was, “not a good year”, he pointed out.

This reduction in production is not related to the quality of the grapes, which have been “good”. As for the rain that the Council has quantified, it is around 375-450l/m², when the usual should be about 600l/m² Gomez added.

Gomez pointed out that the low rainfall caused the grapes to “ripen a little later”, although the accumulation of rain in December and March “matched it to other years”. This caused the “second remission of the grape – which has matured later – has caught the July heat wave and has dehydrated and has not matured well, catching a higher acidity”.

A panic was generated among farmers with the heatwave because the grapes were “generating degrees but losing water”. The grape harvest begins with a minimum degree of 10.5, although as confirmed by the technician, “it is not usual for the product to exceed thirteen degrees”.

He added that since the beginning of August, with the drop in temperatures, this has helped the grapes “recover quality”. In addition, he indicated that this year there have been few outbreaks of diseases in the harvest, which has been “grown without problem”, as reported by malagahoy.es.