I’m one of the few personal trainers for gay, bi and trans men #personal #trainers #gay #trans #men Welcome to Viasildes, here is the new story we have for you today: 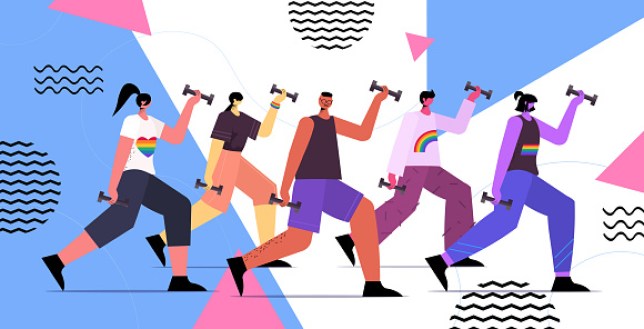 Fifteen years ago, I would have laughed at the idea of working in the fitness industry (Picture: Getty Images/iStockphoto)

I ended the call and sat back.

I’d just finished a check-in call with one of my online PT clients and they’d had a major breakthrough – over the last few weeks they’d been getting stronger and feeling fitter, but today they realised they’d missed a workout and not beaten themself up about it.

‘I’ll just get back to it this week’ he said, no guilt or shame anymore.

Fifteen years ago, I would have laughed at the idea of working in the fitness industry, but now I couldn’t be happier or more proud of what I do.

My school sport experience is a tale as old as time. Very skinny child, forced to play grown-up contact sport (rugby!) from a young age, while also discovering he’s not like the other boys, ends up with a negative worldview of fitness, sport and all that jazz. Thinking about it – jazz would have been preferable.

Being the 80s, in addition to zero education about LGBTQ+ people – thanks Margaret Thatcher – the only other option was football (no thanks) so I grew up as an outsider looking in, believing fitness and sport was what ‘other people’ did.

Fast forward to my mid-20s, and a friend suggested an outdoor bootcamp. This was an important moment in my fitness journey, as the human connection and non-competitive elements really chimed with me.

Starting to feel inspired, I also joined a gym, believing it was the missing piece in the puzzle. Which it was – just not at first.

I walked in, feeling completely out of my depth and like everyone was staring at me. As I saw people moving confidently between the various fitness equipment, which no-one had told me how to use, I started getting flashbacks.

Awkwardly getting changed for PE, being picked last for the team, coming up with excuses so I could get out of rugby. I know, so far, so cliched, but it’s familiar because it’s true for so many of us.

I got on a treadmill for 10 minutes, then slunk home – a combination of insecurities about my *** and body stopping me from doing anything more – all the while thinking there was probably a better use of my membership fee. But I persevered, worked with a few different PTs at the gym and bit by bit, started to feel different.

Realising I could lift a bit heavier than when I first started spurred me on, as did seeing my posture change – my shoulders weren’t as slopey-forward as before. 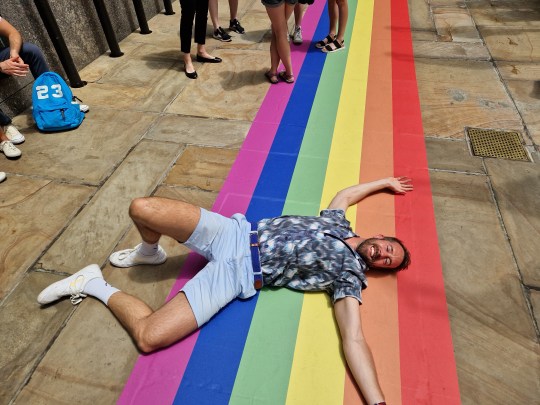 The fitness industry had always felt like an exclusive club (Picture: Matt Boyles)

A few years of casual gym use, while still working full time in an office job led to a spark of an idea about working in the fitness industry, and doing something I was becoming increasingly passionate about as I progressed in different ways. I was stronger, fitter, had more energy and was sleeping better.

After cutting my teeth as a traditional PT (working in the park, counting reps, cheering on my clients) I knew I wanted to develop what I was doing and having seen the rise of some online trainers, thought I could create something similar, but a little more specialised.

The fitness industry had always felt like an exclusive club; a serious pursuit for serious people, which is why I wanted to do it differently and show that a fitness company could have a completely different persona to the one we’re used to.

Knowing how much fitness had helped me find myself, I was pretty confident it could do the same for so many other LGBTQ+ people.

And so in 2017, Fitter Confident You was born! Online personal training with heart, humour and personality, that helps my amazing community, all around the world build their own fitness, strength, health, happiness and confidence.

Lots of the PTs I worked with early on were good and understanding, but none were gay and hadn’t walked in my shoes so weren’t able to offer the deepest level of empathy, when you know someone truly gets you – this is what I wanted to offer to my community.

Over the years, getting into a regular fitness and wellbeing routine had changed my life. I workout three to four times a week, drink three litres of water a day (including a large glass as soon as I wake up – try this!), don’t restrict anything from my diet and crucially, found the fun in what I do, in the form of classes, workout buddies and goals and challenges that light me up.

It has helped me find myself, and totally transformed the boy who didn’t always feel comfortable speaking up, into a man who feels ever more happy in his own skin.

As a gay man I hadn’t always felt welcomed in gyms and other fitness environments, and I wanted to reach out to my community and tailor what I do for us – to offer a level of empathy not often seen in the industry to build an LGBTQ+ fitness community based on kindness and support and to show that anyone can find their groove with their workouts – and how amazing that can feel.

One of my core beliefs from the start is that I will never talk about appearance as a reason to start doing some fitness.

There are still fitness companies out there pushing the ‘beach body ready’ narrative, and if that’s what motivates you to start something fitnessy, then wonderful, but then take a second to appreciate all the many wonderful ways in which you’re benefiting.

If you were the only person on Earth (bear with me!) you wouldn’t work out for how you looked, as there wouldn’t be anyone else to see what you looked like; you would do it for how it made you feel and what it allowed you to do (slay mammoths, ride pterodactyls, whatever else you’re up to in the apocalypse).

Which means that doing some fitness for how it changes your appearance is doing it for other people. We think we should look a certain way because that’s what we’ve been conditioned to believe, but ultimately it’s unsatisfying and unsustainable.

The thing is, your appearance will change when you stick to any workout routine, but it can take longer than you expect, which is often why people get disheartened and stop what they’re doing, hence why it helps to appreciate all the other ways you’re progressing.

I’m so proud of the universe I created and the thousands of people who are part of it, who cheer each other on, share their successes and look out for each other.

Fitness doesn’t have to be the serious ‘boy’s club’ of the past and this is my way to light the way ahead for all of us.

Matt is donating his author’s fee to the Albert Kennedy Trust, a charity that supports homeless and vulnerable LGBTQ+ young people.

MORE : I’m a trans man who plays rugby – I’m sick of us being treated like we’re inferior

MORE : Neil Patrick Harris confirms Ncuti Gatwa will be ‘a bit sexier and the first gay’ Time Lord in Doctor Who