Hopes of a nuclear deal with Iran have once again floundered, and negotiations have taken a “backwards” step, Secretary of State Antony Blinken said Friday.

Blinken told reporters from NATO headquarters in Belgium that he was not going to “negotiate anything in public” following reports that talks to revive the 2015 nuclear deal, known as the Joint Comprehensive Plan of Action (JCPOA), had stalled. 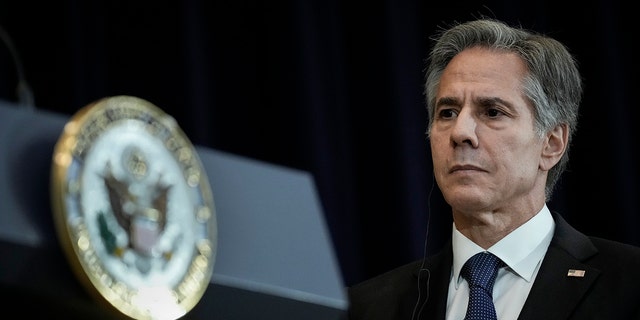 US SANCTIONS IRANIAN ‘PERSONS’ INVOLVED IN SHIPPING DRONES TO RUSSIA

“In past weeks, we closed some gaps. Iran had moved away from some extraneous demands, demands unrelated to the JCPOA itself,” the secretary said. “However, the latest response takes us backwards, and we are not about to agree to a deal that doesn’t meet our bottom-line requirements.”

Details surrounding more than a year of negotiations have remained ambiguous as Washington and Tehran have traded responses through the European Union in an attempt to negotiate a nuclear deal.

However, the latest response from Iran has prompted U.S. authorities to signal that Tehran is not taking the negotiations seriously.

Spokesman for Iran’s Foreign Ministry, Nasser Kanaani, said in a statement last week that Tehran’s latest response on a final draft was a “constructive approach with the aim of finalizing the negotiations.” 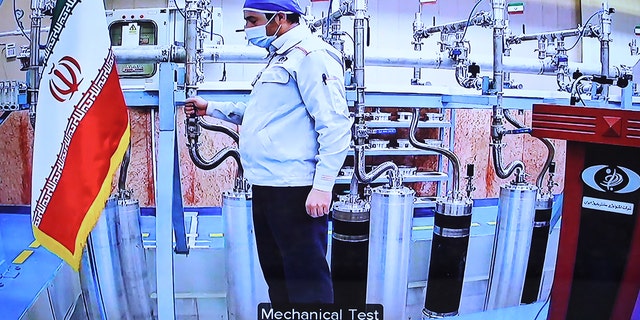 An engineer performs a mechanical test on nuclear equipment as President of Iran, Hassan Rouhani attends opening ceremony of nuclear projects in different regions of the country via video conference on 11th anniversary of National Nuclear Technology Day in Tehran, Iran on April 10, 2021.
(Iranian Presidency/Handout/Anadolu Agency via Getty Images)

However, Blinken on Friday suggested it included “extraneous demands” that were not “relevant to the JCPOA itself.”

“If we conclude a deal, it’s only because it will advance our national security,” he added.

Iran has previously called for its Islamic Revolutionary Guard Corps to be removed from the U.S. terrorist watch list – a request the Biden administration has refused.

Tehran has also called for sanction relief after it was slapped with crippling sanctions by the Trump administration after the U.S. withdrew from the JCPOA in 2018, which prompted Iran to further develop its nuclear capabilities, according to the Arms Control Association. 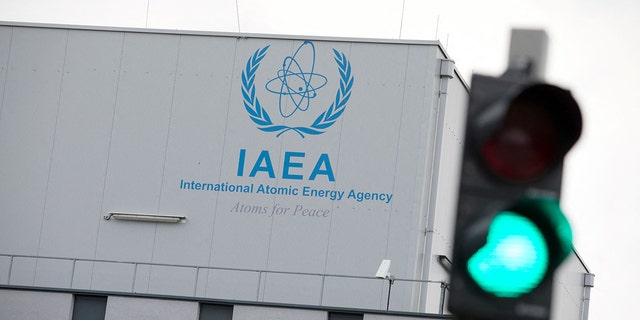 A picture taken on June 8, 2018, shows the logo of the International Atomic Energy Agency on the building of the IAEA Laboratories in Seibersdorf, Austria, near Vienna.
(Photo by ALEX HALADA/AFP via Getty Images)

The International Atomic Energy Agency, the U.N. nuclear watchdog, reported this week that Iran has increased its uranium stockpiles.

Tehran is believed to be in possession of uranium that has been enriched to the extent that it is one technical step away from weapons-grade levels.