An investigation by Israel’s military found that its IDF forces likely killed Al Jazeera journalist Shireen Abu Akleh by mistake during an exchange of gunfire with Palestinians earlier this year, officials said Monday.

An IDF spokesperson issued a statement announcing the conclusion of its probe, saying that “it appears that it is not possible to determine unequivocally by whom Shirin Abu-Akleh was shot, but it is more likely that she was accidentally hit by IDF fire, which was fired at those identified as Palestinian terrorists, and this during a battle during which massive, indiscriminate and life-threatening shots were fired at IDF soldiers,” Israeli news agency TPS reported. 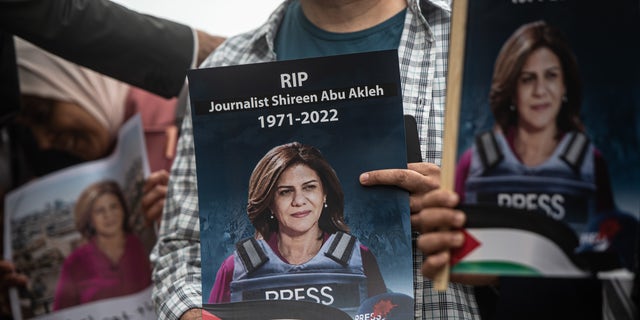 Tributes are paid to murdered Palestinian journalist Shireen Abu Akleh at a protest and vigil at BBC Broadcasting House on May 12, 2022 in London.
(Guy Smallman/Getty Images)

The IDF’s admission follows months of outrage over Abu Akleh’s death, and debate over which side was responsible for her slaying.

Shortly following Abu Akleh’s death, CNN reported that she was killed “in a targeted attack,” a claim that Israeli President Isaac Herzog denied. 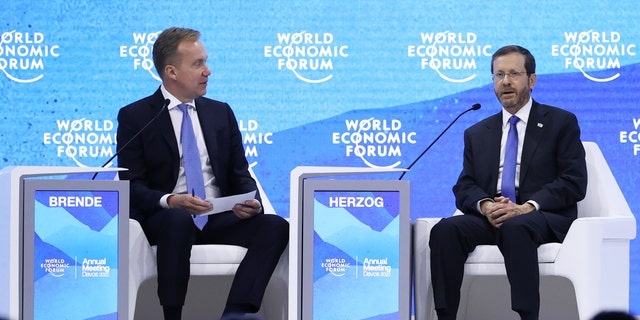 Herzog called the killing a “very sad event” during a sit-down at the World Economic Forum in Davos, Switzerland, and re-upped his call for a joint investigation with the Palestinians, whom he said had “refused.”

“They took the body, they took the bullet and one cannot substantiate any one of the scenarios without those facts,” Herzog said. “And Israel was open and transparent and offered the United States to join this process of investigation as well because we pay high importance to the freedom of speech and the work of journalists and media channels and we respect them.” 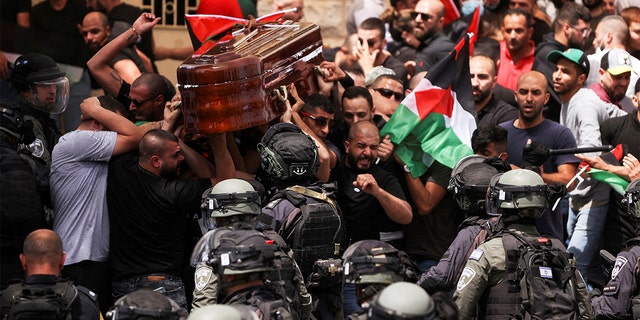 Family and friends carry the coffin of Al Jazeera reporter Shireen Abu Akleh, who was killed during an Israeli raid in Jenin in the occupied West Bank, as clashes erupted with Israeli security forces, during her funeral in Jerusalem, May 13, 2022.
(REUTERS/Ammar Awad)

“We’ve already in the past gone through cases where we were blamed, and the truth transpired later that there was a lot of fake facts,” the Israeli president continued. “So that’s when I said. Don’t base yourself on any fake facts. Study the facts. Facts can be studied scientifically. Unfortunately, the Palestinians refused to cooperate.”

The Israeli military previously acknowledged that it was not clear which side fired the fatal shot, and the IDF official reiterated Monday that the final probe was not definitive, saying, “Another possibility remains that Abu Akleh was hit by bullets fired by Palestinian militants.”

Tamannaah Bhatia, Madhuri Dixit clicked out and about in the city