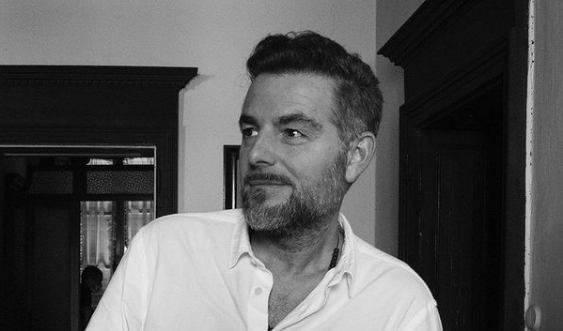 ITALIAN TV presenter Daniele Bossari has opened up about his shock cancer diagnosis and how his wife has supported him since.

Daniele Bossari, who won Italy’s Big Brother VIP in 2017, spoke on Monday, September 5 about his wife Filippa Lagerback taking care of him when he discovered he had throat cancer.

Speaking to Deejay Chiama Italia, the 47-year-old said: “I have to thank Filippa, Stella, and my parents. Filippa lived through a nightmare like me, but she helped me to stay alive, but literally.”

He added: “She looked after me 24 hours a day, every day, also having to carry on her own life, pulling the whole family along and also having to pretend nothing happened, because I didn’t feel like telling anything and I closed myself off.

“However, it is good to know these stories. It did me good to read, for example, Fedez’s story. Now I feel ready to open up to people.”

The popular Italia 1 presenter said he discovered he had a throat tumour on March 10, 2022, 1when – as soon as he woke up – he felt a strange swelling in his throat.

“On 10 March, I woke up feeling a swelling in my throat, without any discomfort or pain. I went to the general practitioner, two weeks of antibiotics, it wouldn’t go away.

He added: “I did further tests, until the diagnosis came. I underwent treatment, radiotherapy, chemotherapy, it lasted a long time. A couple of months of suffering. I was lying, immobile in bed without being able to do anything.

“All certainties collapsed, you had the biggest questions of life in front of you.

“You ask yourself: “Why me?”, then afterwards the fear of death. These are all things that you have to deal with psychologically, whereas from a physical point of view I was in the hands of the doctors, so in very good hands.”

Daniele Bossari said that meditation has enabled him to cope better with those 15 minutes a day of radiotherapy.

He said: “Radiotherapy is a kind of torture where you wear a mask that clamps your lips and nose while you stay still for 15 minutes in a kind of tunnel. Having to do it every day was really difficult. The effects are devastating, you get bombarded by radiation, you lose your taste, your hearing…currently, I still have very strong tinnitus, I hear everything muffled.

The Boss of the Weekend radio presenter spoke about the future.

“Now I am in the follow-up phase. I’ve stopped the treatment and only have to do periodic checks for at least five years. I have my next check-up in a few days and then every six months,” he said.

“This experience has changed me a lot, I have had a surge in sensitivity.”

Recently, Hollywood icon Jane Fonda revealed that she had been diagnosed with non-Hodgkin’s Lymphoma.

On Friday, September 2, the 84-year-old said: “So, my dear friends, I have something personal I want to share. I’ve been diagnosed with non-Hodgkin’s Lymphoma and have started chemo treatments.

“This is a very treatable cancer. 80% of people survive, so I feel very lucky.

“I’m also lucky because I have health insurance and access to the best doctors and treatments. I realise, and it’s painful, that I am privileged in this.

“Almost every family in America has had to deal with cancer at one time or another and far too many don’t have access to the quality health care I am receiving and this is not right.”

The news of Jane Fonda’s cancer diagnosis comes after a top British TV presenter revealed she has breast cancer.