Jets not ruling out Zach Wilson for Week 1: ‘It’s possible’ #Jets #ruling #Zach #Wilson #Week Welcome to Viasildes, here is the new story we have for you today:

The New York Jets are not ruling out quarterback Zach Wilson playing in Week 1 against the Baltimore Ravens.

Head coach Robert Saleh gave an update on his second-year signal caller, who suffered a torn meniscus during the team’s first preseason game against the Philadelphia Eagles. Wilson had surgery and has been rehabbing since, and things are clearly going well.

“Well we put Zach through a workout today. Looked good, felt good,” Saleh told reporters. “We’re going to see how the knee responds today and tomorrow, and I’ll have an answer for everyone on Wednesday.” 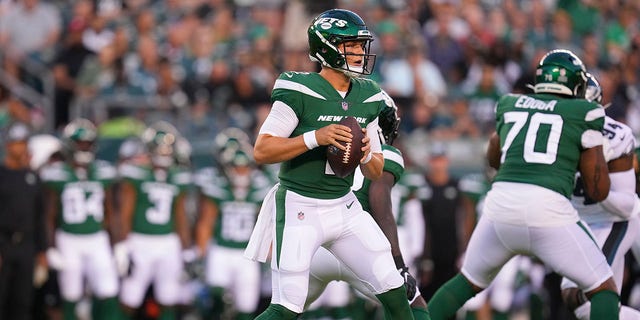 Zach Wilson, #2 of the New York Jets, looks to pass the ball during the preseason against the Philadelphia Eagles game at Lincoln Financial Field on August 12, 2022, in Philadelphia. The Jets defeated the Eagles 24-21.
(Photo by Mitchell Leff/Getty Images)

When asked if it is realistic that Wilson could be active on Sunday, Saleh responded, ‘It’s possible.”

Saleh added that “everyone heals differently,” so it is always possible that a player can return faster than others despite having the same injury.

This would be a tremendous boost for the Jets if Wilson is in fact ready for Week 1. New York is looking to take a leap forward this season with GM Joe Douglas doing everything possible to provide Wilson with solid protection from the offensive line and offensive weapons that he needs. 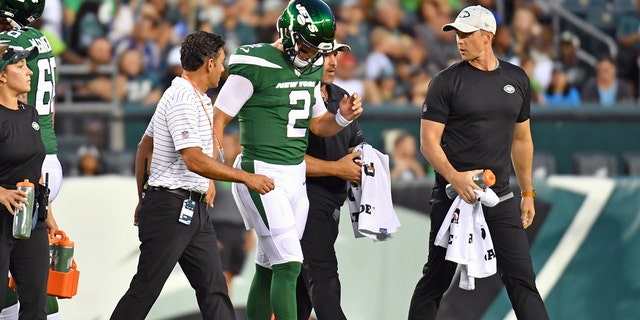 New York Jets quarterback Zach Wilson, #2, is helped off the field against the Philadelphia Eagles during the first quarter at Lincoln Financial Field in Philadelphia Aug. 12, 2022.
(Eric Hartline-USA TODAY Sports)

For now though, veteran Joe Flacco is expected to be the Week 1 starter for Gang Green with Wilson rehabbing.

Flacco has been with the Jets the past two seasons, playing in just two games (one start) in 2021 when he lost to the Miami Dolphins despite having a good game. He went 24-for-39 for 291 yards and two touchdowns in the 24-17 defeat. 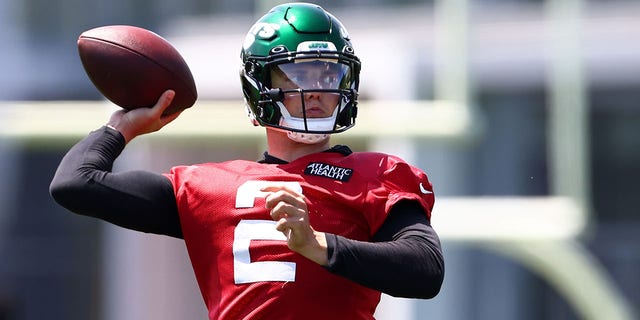 Wilson did not have much preseason time because of his injury, but reports from training camp said he looked more confident in offensive coordinator Mike LaFleur’s offense. He was also developing good chemistry with new additions like tight ends C.J. Uzomah and Tyler Conklin, as well as the 2022 10th overall pick, wide receiver Garrett Wilson.

It is a home opener for the Jets, who will be tasked with stopping Ravens quarterback Lamar Jackson, at 1 p.m. at MetLife Stadium this Sunday.