The Baltimore Ravens and quarterback Lamar Jackson could not agree on a new contract, so Jackson will play the 2022 season under his fifth-year option, tabling contract talks until after the season.

On Wednesday, Jackson told reporters that the deadline for getting a deal done was Friday and that he would not hold contract negotiations during the season. 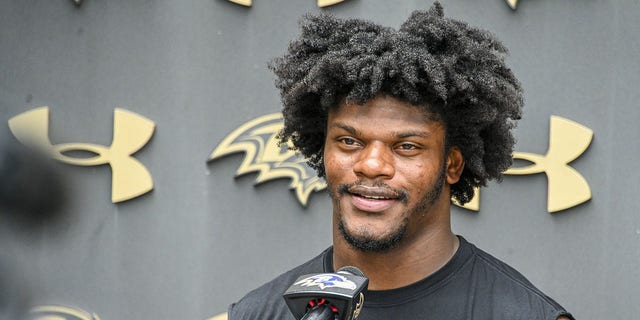 Ravens quarterback Lamar Jackson is set to earn $23 million this season, the final year of his rookie contract. Contract talks ramped up during the summer, but Jackson declined to comment on whether the sides had made progress.
(Kevin Richardson/Baltimore Sun/Tribune News Service via Getty Images)

“Despite best efforts on both sides, we were unable to reach a contract extension with Lamar Jackson,” Ravens general manager Eric DeCosta said in a statement. “We greatly appreciate how he has handled this process and we are excited about our team with Lamar leading the way. We will continue to work towards a long-term contract after the season, but for now we are looking forward to a successful 2022 campaign.”

Jackson’s fifth-year option will pay him $23 million, and the team will have until March 7, 2022, to reach a deal. Baltimore will have the option to use the exclusive franchise tag on Jackson if a deal cannot be reached by that date. 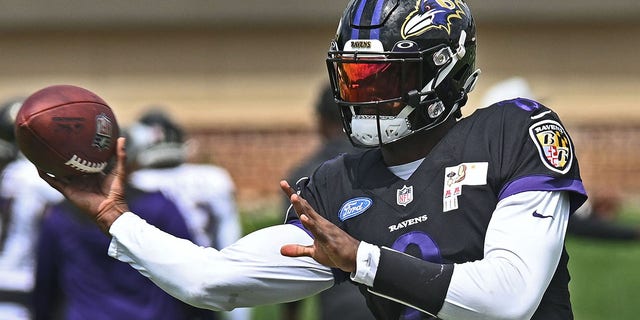 Through a week and a half of training camp, Baltimore Ravens quarterback Lamar Jackson has been consistently more accurate than he has ever been over five summers in Baltimore, and his range as a passer has never been greater.
(Kenneth K. Lam/Baltimore Sun/Tribune News Service via Getty Images)

Jackson is one of a few NFL players who does not have an agent, choosing instead to represent himself.

“I’m comfortable, but it’s probably different because it’s your quarterback, and not an NFL agent, stuff like that,” Jackson said Wednesday, according to the Ravens website. “I’ve been pretty cool, Eric has been pretty cool with it.” For those who say Jackson is betting on himself this season, the quarterback does not view his decision as any riskier than playing other seasons.

Jackson was the MVP of the 2019 NFL season and has been selected to two Pro Bowls in his four-year career.

It has been a big offseason for quarterbacks, with four QBs signing contract extensions worth at least $150 million in guaranteed money. 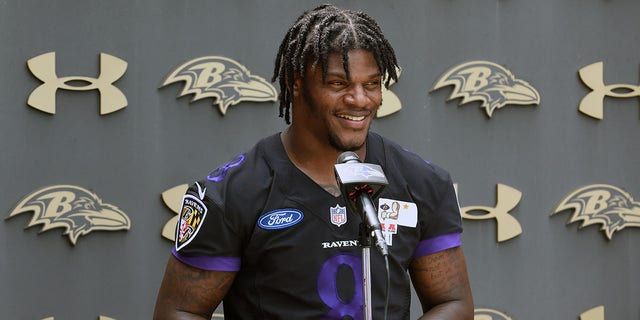 Any speculation whether quarterback Lamar Jackson will hold out of Ravens training camp until he signs a contract extension was seemingly put to rest on Thursday.
(Kim Hairston/Baltimore Sun/Tribune News Service via Getty Images)

“It was a pretty big risk last season, the year before,” Jackson said Wednesday. “I wasn’t thinking about contract negotiations around that time. This season, it’s going to be the same thing, but I’m just playing football. Anything can happen, but God forbid the wrong thing happens, I’m keeping God first and just playing ball, like I’ve been doing.”

Roblox will give a handful of game developers $500,000 each to build its future • TechCrunch