One of LSU’s key transfers did not suit up in Sunday night’s 24-23 loss to Florida State, according to a report with an explanation.

Safety Joe Foucha, who transferred to the Tigers program from Arkansas, is facing a four-game academic suspension stemming from the transfer, according to The Advocate in Baton Rouge.

It is no secret this LSU team, in the new Brian Kelly Era, is a young, unproven squad. Foucha was to add some experience to that defense right away, coming in as a fifth-year senior who started 33 career games with the Razorbacks. 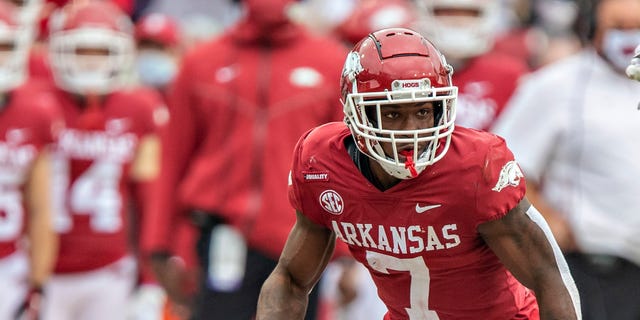 Joe Foucha, #7 of the Arkansas Razorbacks, plays defense during a game against the LSU Tigers at Razorback Stadium on November 21, 2020 in Fayetteville, Arkansas.  The Tigers defeated the Razorbacks 27-24.
(Wesley Hitt/Getty Images)

Foucha is also a New Orleans native, so the transition was supposed to be an easy one for him as he returned to his home state.

Reports from LSU’s camp saw Foucha as the second-team safety, falling behind sophomore safety Major Burns, which came as a surprise to many. Burns finished with six tackles and two assists against Florida State.

Foucha will be appealing the suspension, but if it upholds, he will have to wait until Oct. 1 against Auburn to get back on the field. 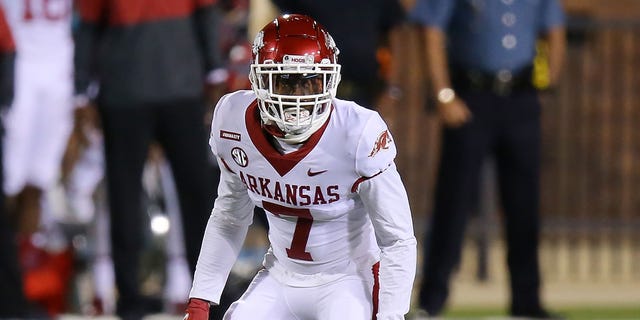 Joe Foucha, #7 of the Arkansas Razorbacks, in action against the Mississippi State Bulldogs during a game at Davis Wade Stadium on Oct. 3, 2020, in Starkville, Mississippi.
(Jonathan Bachman/Getty Images)

This news comes after the Seminoles took down the Tigers in a thrilling opening night at the Mercedes-Benz Stadium in Atlanta. The final two-and-a-half minutes of this contest went back and forth, with LSU on the cusp of sending the game to overtime.

LSU’S MYLES BRENNAN ANNOUNCES RETIREMENT FROM FOOTBALL: ‘IT IS TIME FOR ME TO START A NEW CHAPTER IN MY LIFE’

However, Florida State had different things in mind after giving up a touchdown on the last play of the game that made it 24-23. LSU opted to kick the extra point, but it was blocked. Florida State rushed the field as Kelly’s Tigers were left in disbelief.

The Seminoles’ quarterback, Jordan Travis, had a solid night throwing, going 20-for-32 with 260 yards. 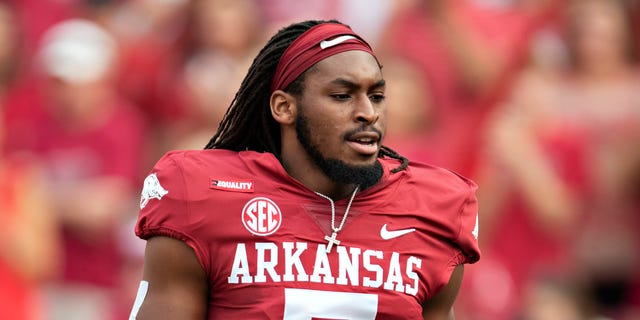 Joe Foucha, #7 of the Arkansas Razorbacks, runs onto the field before a game against the Texas Longhorns at Donald W. Reynolds Stadium on Sept. 11, 2021, in Fayetteville, Arkansas.  The Razorbacks defeated the Longhorns 21-40.
(Wesley Hitt/Getty Images)

Another transfer LSU player, quarterback Jayden Daniels who comes from Arizona State, did well in his debut with 209 yards and two touchdowns on 26-for-35 passing. He also rushed for 114 yards on 16 carries.