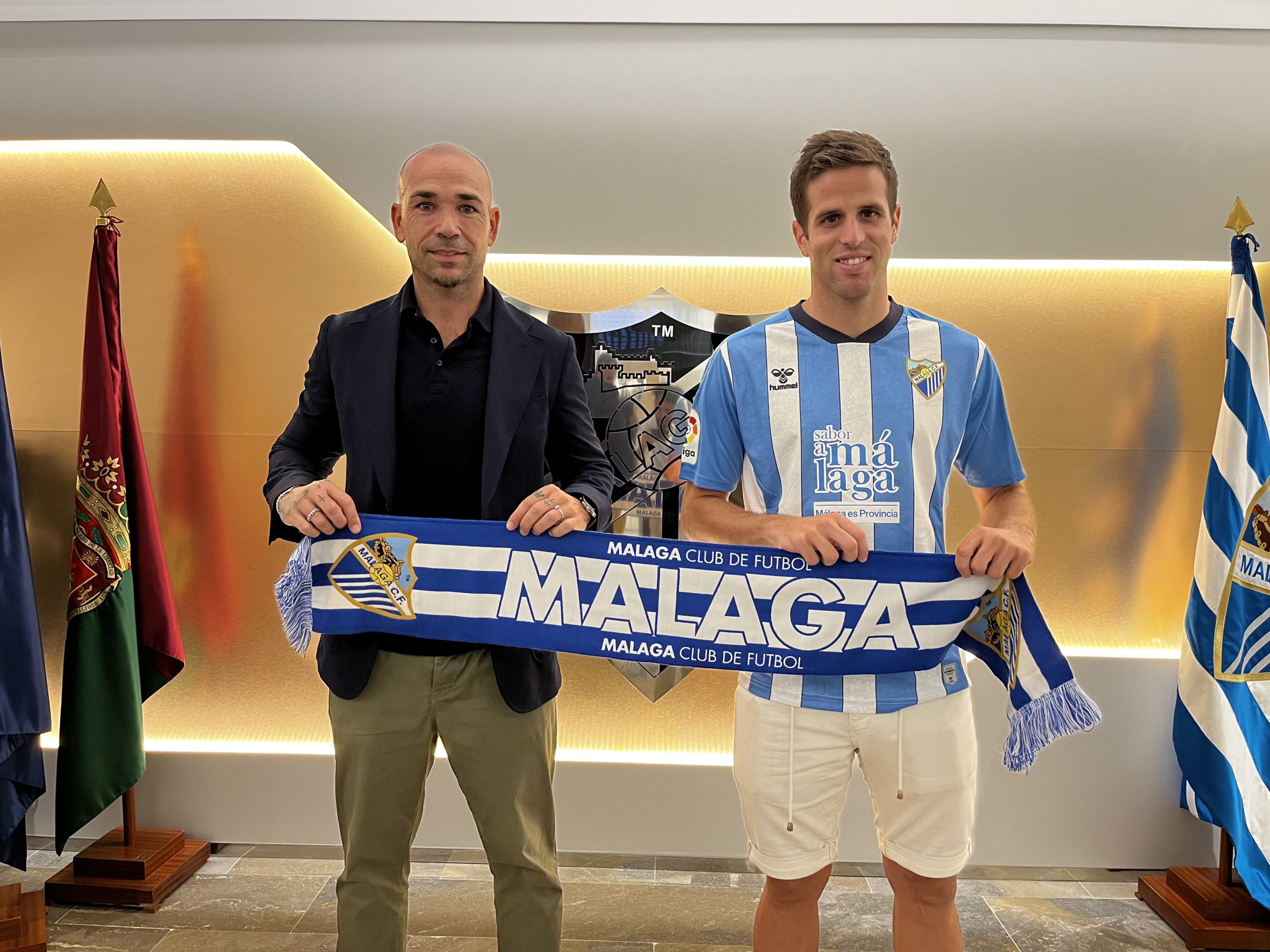 MALAGA Football Club announced the signing of right-winger Pablo Hervías on Friday, August 12, who joins the Boquerones from Real Valladolid.

Malaga completed the signing of Pablo Hervías from Real Valladolid, who becomes the club’s eleventh signing so far in this transfer window.

The 29-year-old is a right winger capable of playing as a full-back on the right-hand side, with more than 196 games between Spain’s first and second divisions and more than 300 games in his professional career.

Aside from playing for Real Valladolid, where he spent five years, Hervías also played for Oviedo, Elche and SD Eibar.

During the last of his career at Real Valladolid, the club was chaired by Real Madrid and Brazil legend Ronaldo Nazario, who continues in the role now.

After tasting relegation in the 20/21 season, Hervías was part of the squad that achieved promotion back to LaLiga last season.

Following the announcement of the signing, Malaga fans took to social media to react to the news.

“That right foot is going to give you some goals this season that will help you get promoted. Good luck and many successes to Pablo Hervías and Málaga CF,” one person wrote.

Another wrote: “Pablo Hervias. Good shot from set pieces and versatile in both attacking profiles. It is more difficult for me to see him as the false striker that Guede insinuates. Injuries aside, I doubt that I can add more level to what already exists. Inexplicable signing if Horta ends up being confirmed.”

“Welcome, your luck will be ours, see you at La Rosaleda 💙💙” another person wrote on Twitter.

Malaga CF started the sale of tickets for all of their LaLiga SmartBank 2022-23 matches.

Pablo Guede’s men will play 21 home games during the regular phase of the season and tickets for all of them can now be purchased.

Thank you for taking the time to read this article. Do remember to come back and check The Euro Weekly News website for all your up-to-date local and international news stories. Remember, you can also follow us on Facebook and Instagram.