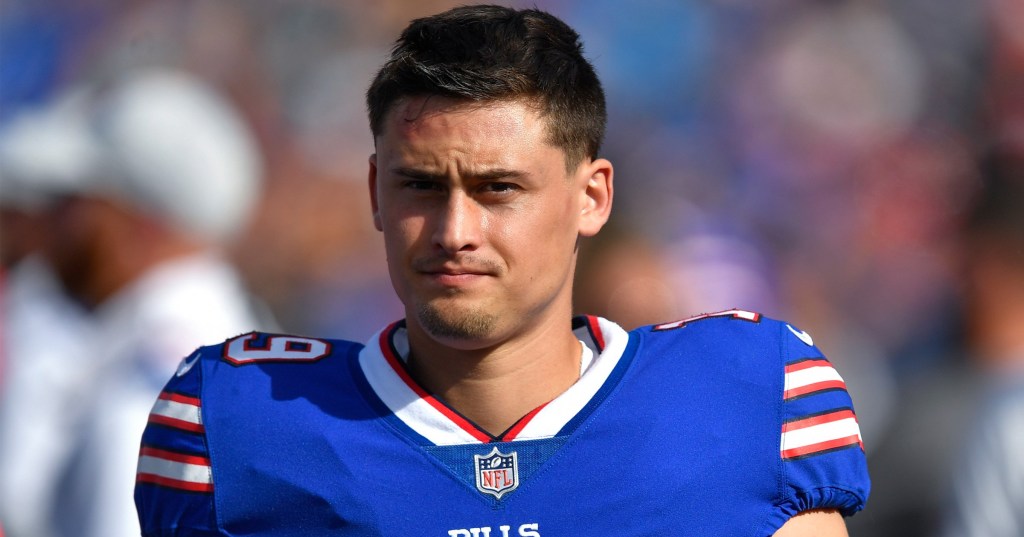 The parents of a Buffalo Bills kicker fired over gang *** allegations are defending their son.

Matt Araiza, 22, was deemed innocent by his mother and father in a statement sent to KUSI on Monday.

An unidentified woman and her lawyers have filed a lawsuit claiming that Araiza was one of three men who *** abused her when she was 17 years old.

The woman, now 18, alleges that three San Diego State University football players assaulted her for 90 minutes after she consumed a drink that ‘not only contained alcohol, but other intoxicating substances’ off-campus.

Araiza’s family said that ‘salacious rumors grew as facts’ and that ‘multiple’ witnesses have said the woman’s allegations are not true.

‘He has been extorted, discriminated against, harassed and the subject of multiple and continuous threats of violence and death,’ the couple stated.

‘He has been released from his job and our entire family continues to receive horrific threats of violence and death. We have all been canceled. Every member of our family.’

Araiza was referred to as ‘Punt God’ and won the starting punter position. He was expected to play a big role in the Bills team competing for a Super Bowl championship. Araiza was removed from the team on Saturday.

‘The legal system is designed to find facts and make decisions,’ Araiza family’s stated. ‘They should be allowed to do that.’

Araiza’s accuser has told CBS News that she had ‘no idea’ who Araiza was when she reported the assault. She added that she felt ‘sick to her stomach’ hearing accusations that she included him in the lawsuit for financial gain.

Jon Gruden 'ashamed' of leaked emails that forced him out of coaching, insists he's a 'good person'