Navy stops Iran from taking US military drone in Arabian Gulf #Navy #stops #Iran #military #drone #Arabian #Gulf Welcome to Viasildes, here is the new story we have for you today:

The U.S. Navy stopped an Iranian ship from taking an American sea drone in the Arabian Gulf Monday night.

The Iranian Revolutionary Guard Corps Navy was in the process of towing the drone, which belongs to the U.S. Navy’s 5th Fleet at 11 p.m. local time when the American Navy immediately sent out the nearby Navy coastal ship USS Thunderbolt. The 5th Fleet also repeatedly called Iranian officials, who then let the drone go.

In addition to sending the USS Thunderbolt, the U.S. Navy also sent an MH-60S Sea Hawk helicopter from Sea Combat Squadron 26 based in Bahrain. 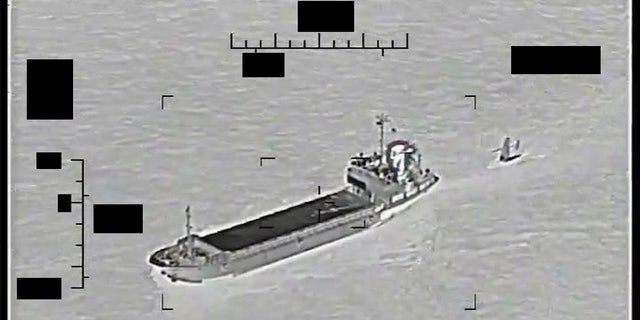 The sea drone, a Saildrone Explorer, was not storing any sensitive or classified information, the Navy said.  It was equipped with commercially available technology including sensors, radars, and cameras that the Navy said were for “navigation and data collection.”

“The professionalism and competence of the crew of the USS Thunderbolt prevented Iran from this illegal action,” U.S. CENTCOM Commander General Erik Kurilla said in a statement. “This incident once again demonstrates Iran’s continued destabilizing, illegal, and unprofessional activity in the Middle East.”