Nearly 200 cardinals meet in Rome for synod on church governance #cardinals #meet #Rome #synod #church #governance Welcome to Viasildes, here is the new story we have for you today:

Nearly 200 cardinals of the Catholic Church have gathered in Rome for the first extraordinary consistory in more than seven years.

Praedicate Evangelism (“Preach the Gospel” in English) is Pope Francis’s latest apostolic constitution seeking to reform the Roman Curia, open Vatican politics to qualified laity and re-emphasize Catholic evangelism in the modern day. The document, which went into full effect on June 5 of this year, is the center of discussion.

The 197 cardinals, considered “princes of the church,” are gathered with the pontiff at the Vatican and are set to discuss the documents’ ramifications for church leadership inside and outside Rome.

This extraordinary consistory is only the second of Pope Francis’s reign. 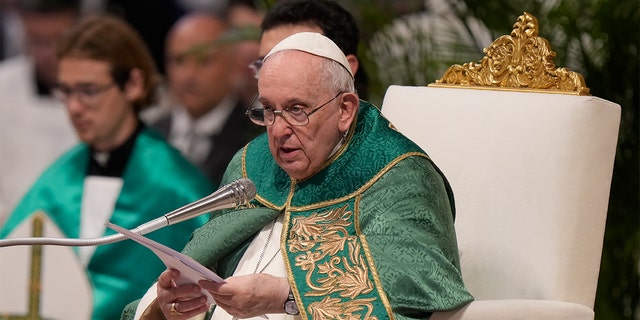 Pope Francis speaks to cardinals in St. Peter’s Basilica at The Vatican during a Mass he celebrated for the newly-created cardinals, Tuesday, Aug. 30, 2022, that concludes a two-day consistory on the Praedicate Evangelium (Preach the Gospel) apostolic constitution reforming the Roman Curia which was promulgated in March.
(AP Photo/Andrew Medichini)

The Roman Curia, also known as the Roman Court, is the highest administrative level of the Catholic Church and oversees faith issues in a variety of areas including doctrine, ecumenicalism, culture, education, charity, appointment of bishops and more.

Pope Francis’s apostolic constitution aims to largely retain the structure of the Curia, but re-emphasizes the responsibility of cardinals to evangelize and work with the laity to find solutions to church issues.

“This reform, actively endorsed by most Cardinals within the General Congregations prior to the Conclave, should further clarify the identity of the Roman Curia in the assistance it provides to the successor of Peter in the exercise of his supreme pastoral office for the benefit and service of the universal Church and the particular Churches,” Praedicate Evangelism reads. “This entails strengthening the unity of faith and the communion of the people of God and advancing the mission of the Church in the world. Certainly, it will not be easy to achieve this goal: it will require time, determination and, above all, the cooperation of everyone.”

However, specifics of the meeting and details on discussions are difficult to find — consistories of cardinals are largely kept from media attention and leaks can be hard to come by. 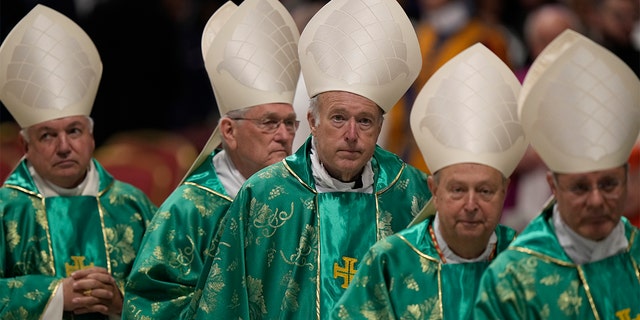 Newly-created Cardinal Robert Walter McElroy, third from left, Bishop of San Diego, leaves at the end of a Mass for the new cardinals celebrated by Pope Francis in St. Peter’s Basilica at The Vatican Tuesday, Aug. 30, 2022.
(AP Photo/Andrew Medichini)

One widely publicized target of reforms is the Vatican Bank, which has fallen from the papacy’s good graces after a series of embarrassing scandals involving investment in industries deemed unethical by the church.

The Committee for Investments, a reorganized committee tasked with ensuring moral considerations in investments, is outlined and defined in the constitution. The new committee will boast greater cooperation and auditing from laity and non-clerical partners of the church.

“The Committee for Investments is responsible for guaranteeing the ethical nature of the Holy See’s equity investments in accordance with the Church’s social doctrine and, at the same time, monitoring their profitability, propriety and degree of risk,” the constitution proclaimed. “In accordance with its statutes, the Committee is composed of members and distinguished professionals appointed for a term of five years by the Roman Pontiff. It is headed by a President, assisted by a Secretary.” 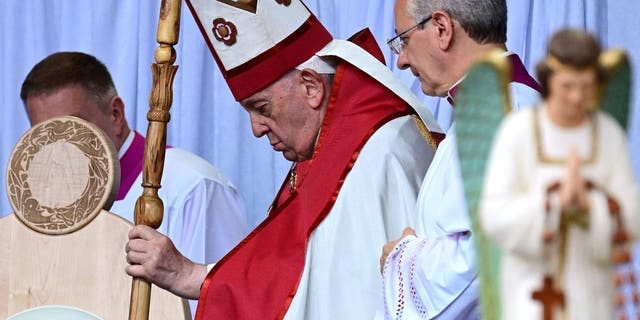 “I decree the present Apostolic Constitution to be firm, valid and effective, now and henceforth […],” the pope wrote, “and that it be fully observed in all its details by those to whom it applies, now and in the future, anything to the contrary notwithstanding, even if worthy of most special mention.”

Former Russian President Mikhail Gorbachev dead at the age of 91