ERLING HAALAND has already shown he is a “funny guy” in his short time at Manchester City.

But the Norwegian’s arrival in the Premier League will be no laughing matter for defenders up and down the country – starting with Liverpool in the Community Shield final. 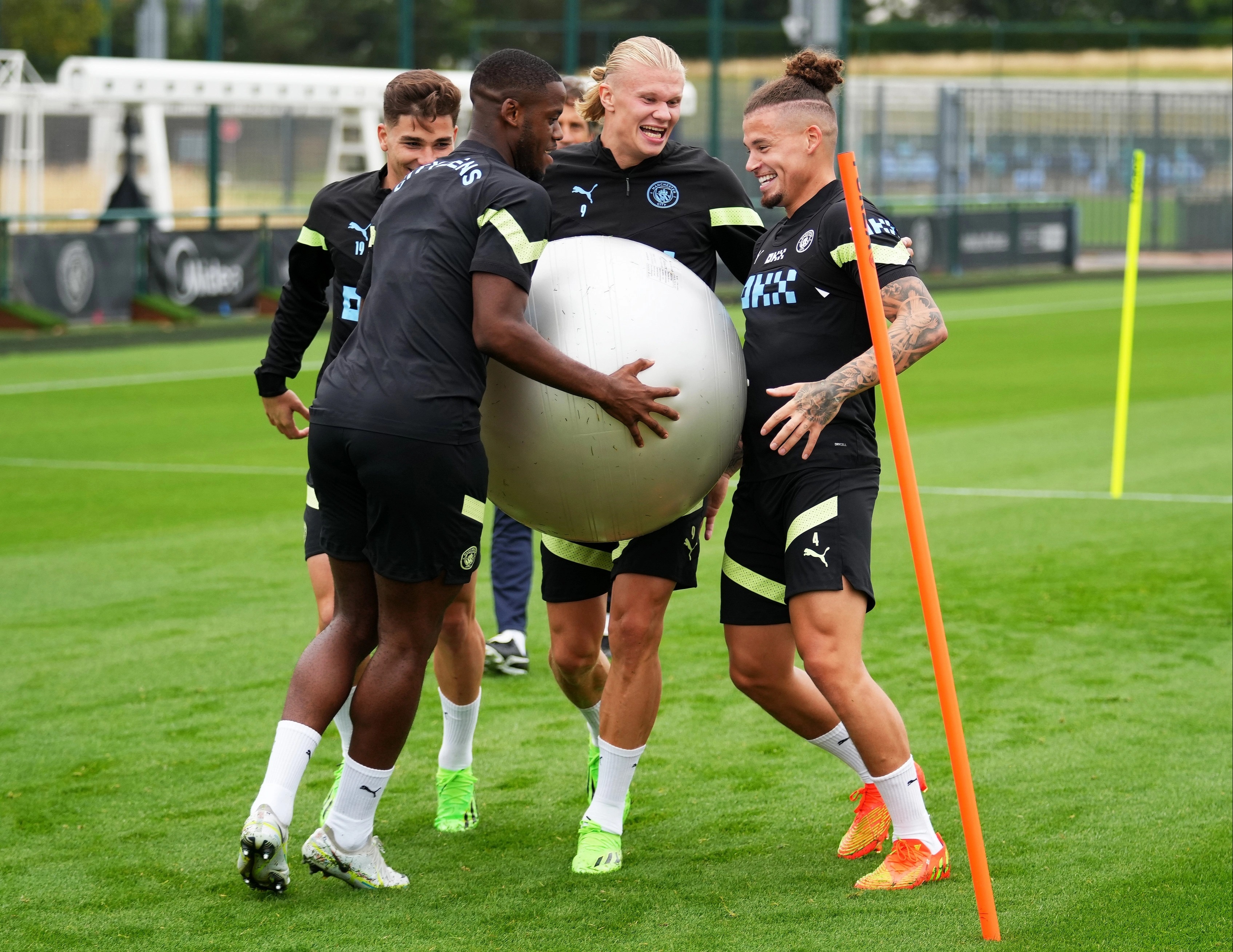 Erling Haaland is already proving one of the jokers in the Manchester City packCredit: Getty 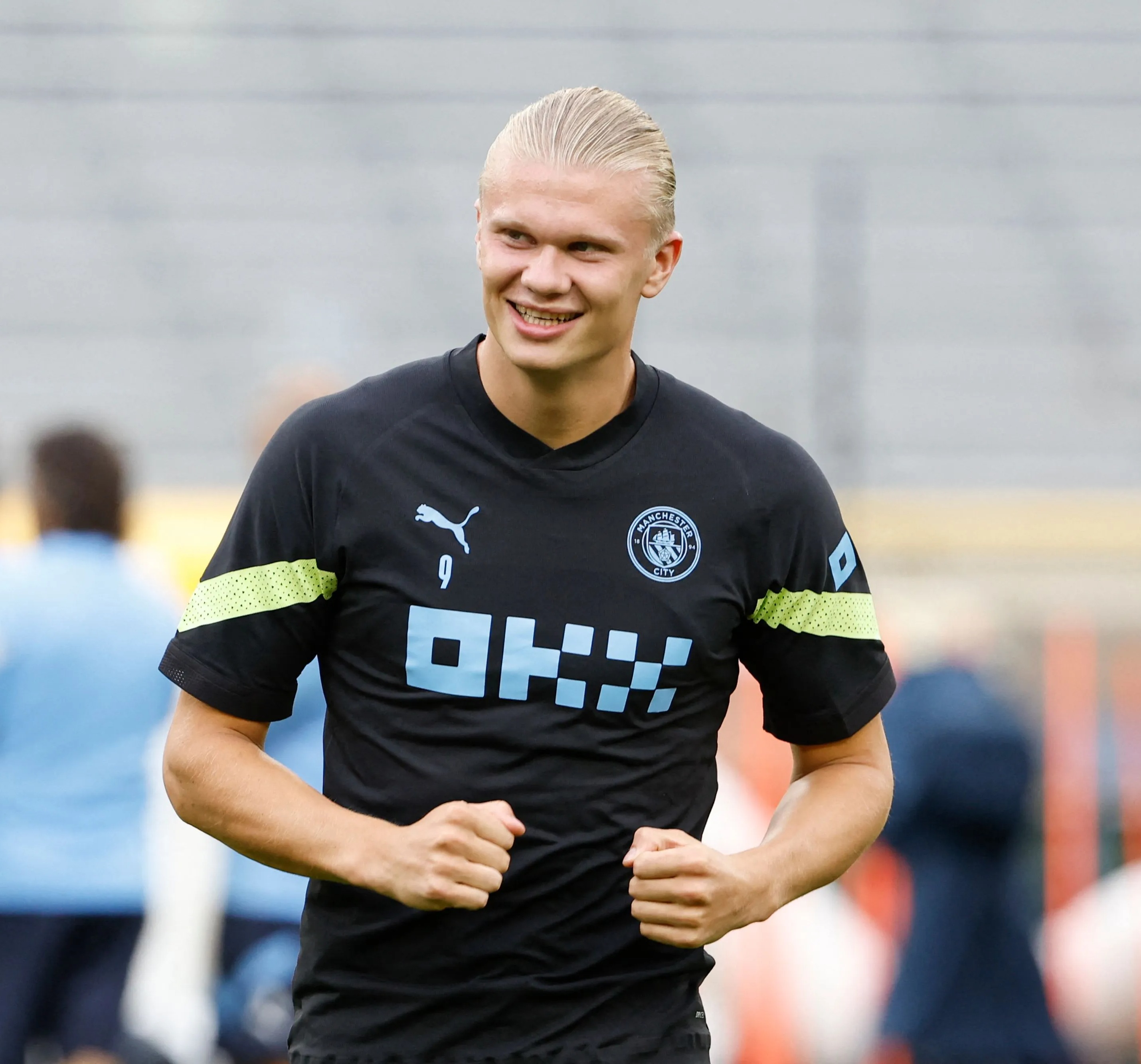 He will be ready to show his nasty streak in front of goal against LiverpoolCredit: AFP

The champions’ new £51.4million signing has had his new team-mates chuckling since making his move from Borussia Dortmund this month.

And Etihad boss Pep Guardiola is delighted with the way Haaland has settled in so easily.

The Spaniard said: “The first impression of him is really good, a funny guy.

“He’s settled really well with the team. That is important. Apparently people think it’s not one of the most important things but it is.

“The good vibes in the locker room is more important than any advice.

“We try to help him settle well with the family, house and try to get to know each other in training. Then the quality will do the rest.”

Guardiola then revealed Haaland WILL be unleashed against the Reds in Saturday’s final.

On the Norwegian’s status, the City chief said: “He is ready to play. He feels good.

“When I spoke with him over the last couple of days, he feels a few little niggles but he can train and move.

“At the end of August, he will be better than now. Now we have one game a week, with more training.

“[Haaland and Julian Alvarez] have the special sense, smell, quality to score a goal.

“If we play good football, create a lot of chances, put the ball close to the box…

“If we do that, we know Erling and Julian have this incredible talent to score goals. But they will not do it alone. We have to help them.”

Guardiola admits he has not had the chance to have a beer with his new centre-forward yet.

But if he can help overcome old rivals Liverpool at the King Power Stadium today he will surely be the toast of the dressing room.

Guardiola added: “I don’t see it all off the pitch. I don’t take a beer with them. But off the pitch what I see in the canteen and corridors is good.

“We have been incredibly fortunate to have the guys that we had in previous seasons, otherwise you don’t win titles that’s for sure.

“The new guys are embraced really well from the guys already here from day one, that’s why it’s so easy.

“Fernandinho left an incredible legacy over how you have to behave in the locker room.”

Haaland’s new team-mate John Stones had the daunting job of trying to mark him when City met Dortmund in the Champions League 16 months ago.

And he in no doubt about the problems he is going to cause for defenders in England and Europe during the years ahead.

The Three Lions centre-back said: “I think he will bring goals. He is such a presence, such a big kid.

“Physically he is very able in all aspects and that is so difficult because he has pace, he has power, his finishing with both feet, his aerial threat as well.

“I played against him two seasons ago and he causes problems. He is obviously so young as well and has so much to come.

“He is thriving here and his opportunity to train with us, learn with us and obviously bring his skillset to our team.

“He is an incredible addition to us as a team and I think he is raring to go to be honest.”

Haaland is one of four new faces added to the City squad ahead of the new season along with Kalvin Phillips, Julian Alvarez and keeper Stefan Ortega.

Guardiola does not believe the new boys will need long to adapt and is predicting a rapid start to their careers at City.

“Stefan surprises us a lot with what he can do and the other three guys, the way they settle, they listen, they behave, in the few games they play, I think they are going to start quick.

“Not just for Erling and Kalvin, for Steffen for Julian, the Community Shield is a title, of course we want to win it, better to start winning than losing. It is good for City.”

Meanwhile Guardiola commended his bosses for the work they have done in a summer which has seen them hold the biggest sale in Premier League history. 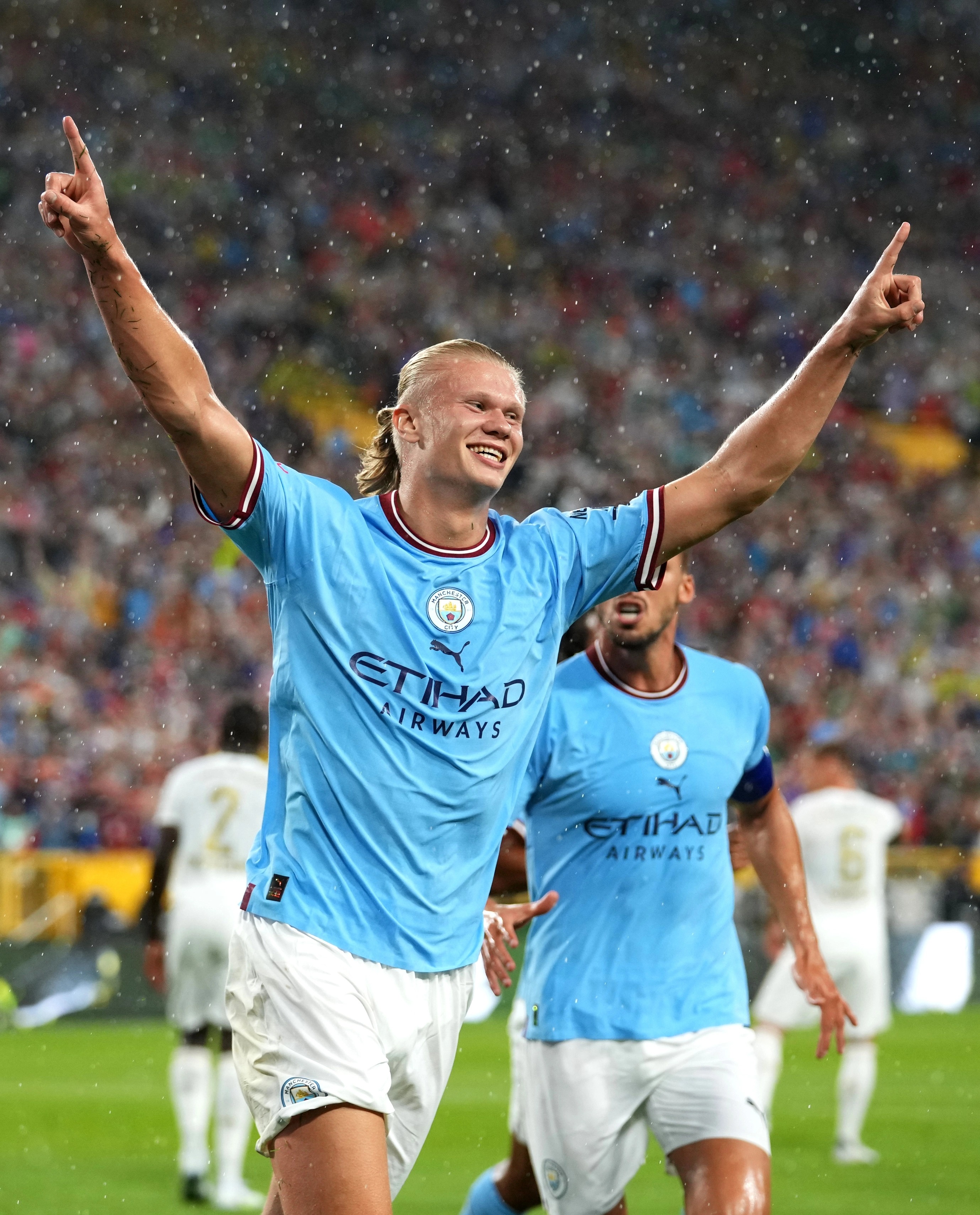 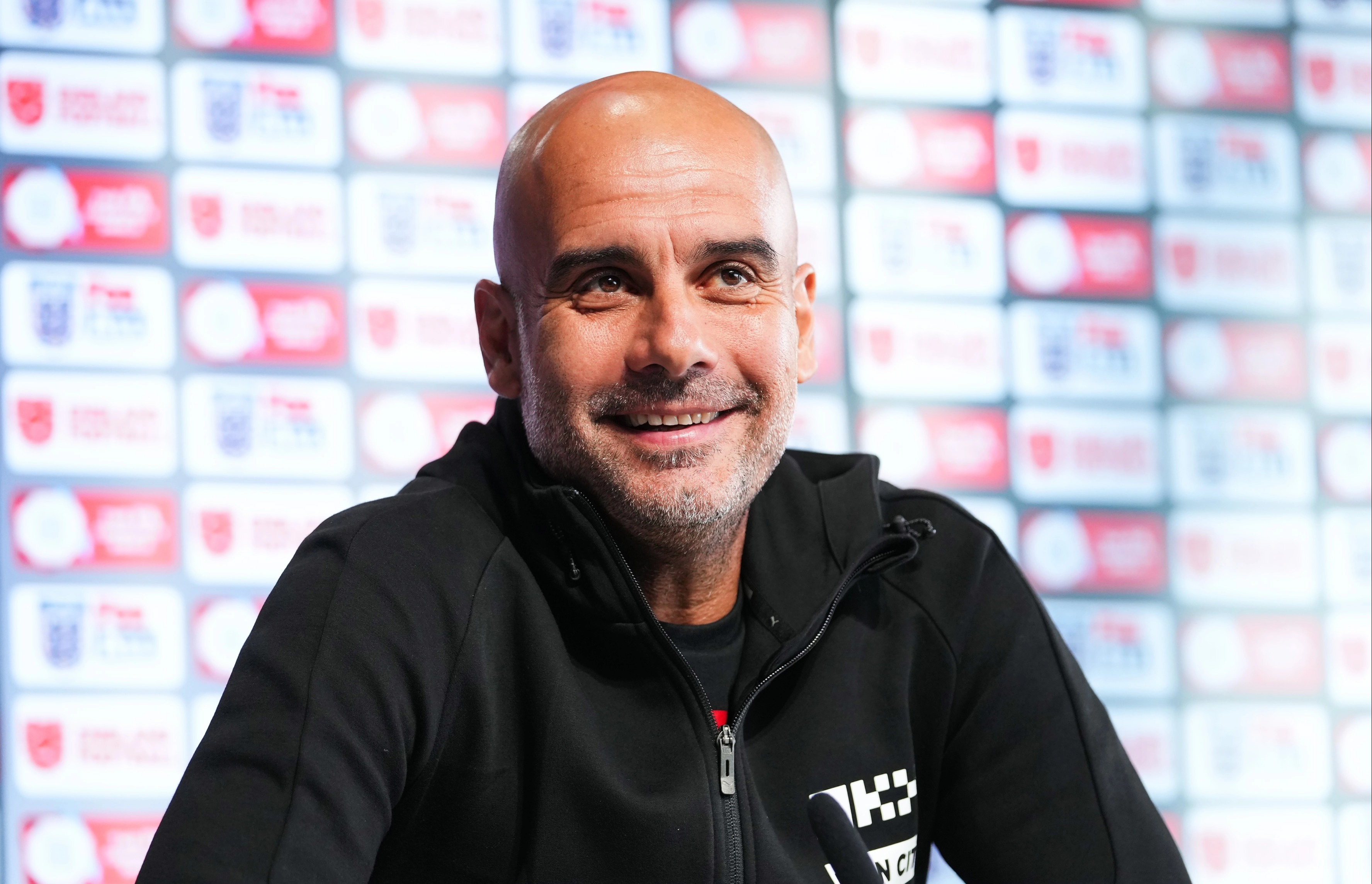 Guardiola is excited to see what his new striker can produce in EnglandCredit: Getty

City have raked in £174m during the close season with Gabriel Jesus, Raheem Sterling and Oleksandr Zinchenko the biggest casualties.

That makes it a record sum raised for a top-flight club beating the £166m brought in by Chelsea five years earlier.

Guardiola said: “Congratulations for that. In part I’m a little bit sad that these important players have gone but it’s a business, it’s good for the club.

“To invest you have to sell players otherwise you can’t be sustainable. Yet the image of the club is always we buy, buy, buy.

“For the club it’s good. It’s part of the business. Everyone can sell, not everyone can do it, it’s difficult to do it. It’s good for us.”

Maybe it could mean City can raise their offer slightly for a left-back with Brighton’s Marc Cucurella their top target.

“We will see,” smiled Guardiola.

There is plenty to smile about at City, right now.