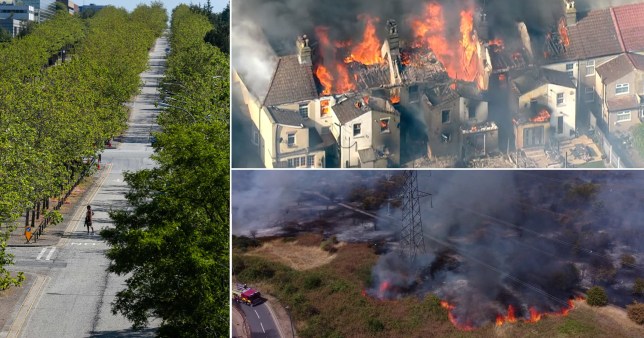 British cities need to immediately bring in more greenery to reduce the impact of future heatwaves, the co-leader of the Green Party has said.

She branded the move ‘low-hanging fruit’ in a sea of possible measures to ease the climate crisis.

Experts have long hailed greener cities as being better prepared for extreme heat, because they provide shade and reduce the amount of warmth stored up by concrete.

Scientists have suggested that surface temperatures can be reduced by as much 12°C by good tree coverage. That in turn lessens the heat transferred to any water that comes into contact with surfaces, which become far hotter than the air.

Speaking exclusively to Metro.co.uk, Ms Denyer said: ‘There’s a lot that the government could be doing right now, the low hanging fruit, as it were, that would help us to adapt to these high temperatures.

‘One of those is more trees and more greenery in cities. 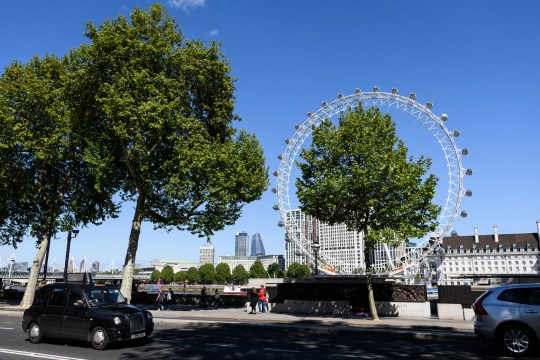 ‘The science on this couldn’t be clearer: having more trees in urban areas dramatically reduces the heat island effect of cities, which helps keep neighbourhoods cooler.’

Her intervention comes as London Mayor Sadiq Khan announced a £3.1 million tree planting package for the capital in the wake of the unprecedented heatwave and devastating wildfires.

Ms Denyer, 36, noted that many areas of the country that do not have a high-number of tree-lined streets are often poorer, meaning some residents battle the heat with limited shade, no air conditioning or gardens and poor insulation.

She suggested bringing more trees to poorer areas was an ‘inequality issue’, as it would allow less well-off people a place to escape from the heat. Greenery is also championed for improving mental health and air quality, as well as reducing the risk of flooding.

City Hall said the new funding would be targeted at London boroughs with low numbers of existing trees and where people are most vulnerable to climate change – generally meaning areas with higher numbers of people from minority groups. 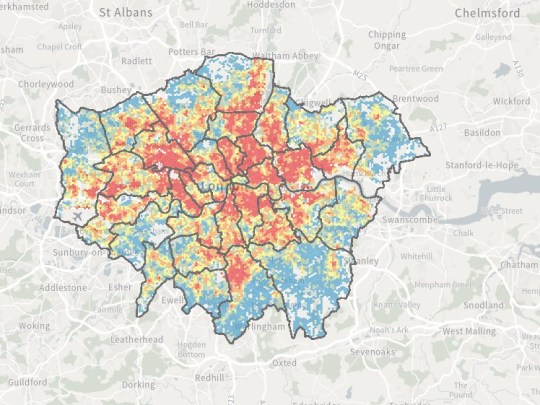 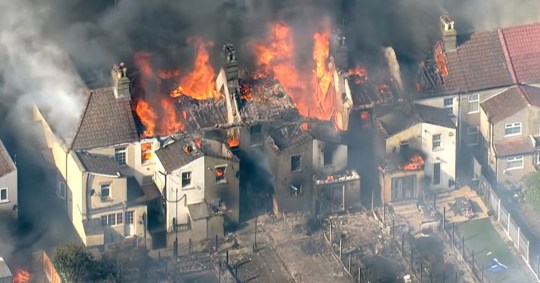 A ‘climate vulnerability map’ put out by Mr Khan suggests parts of London with black, Asian and minority ethnic populations of more than 50% were more likely to face higher climate risk – including flooding, toxic air, heat risk and limited access to green space.

Ms Denyer was hopeful that while the recent extreme weather was a ‘warning sign’, it could also serve as a wake-up call to spark eco action.

Warning that ‘politics as usual isn’t going to cut it’, the Bristol West parliamentary candidate continued: ‘We are going to see more extreme weather events, whether that’s extreme heat or storms, or whatever in the UK, maybe later this year, certainly happening regularly.

‘Temperatures like we’ve just had now, yes they’ve broken records – they’ve hit these high numbers, for the first time, but that won’t be the last time.

‘Those kind of temperatures will, in a frighteningly short length of time, become average temperatures if we’re not careful.’

She said extreme weather is ‘no longer a hypothetical thing that might happen to our children in the future – it’s something that’s happening to us right now.’

Yet despite renewed concerns about the environment, the Greens are currently polling at just 8%, according to a new YouGov poll, which puts the party in a distant fourth behind the Liberal Democrats.

But Ms Denyer – who told Metro.co.uk when she became leader with Adrian Ramsay that she was establishing the Greens as Britain’s third party – insists that they are on course for a good result in the next election.

Her win last autumn made her one of the youngest ever leaders of a UK political party and the first openly bisexual person to lead a major English party.

In the 2019 general election campaign, Prime Minister Boris Johnson promised to plant 30,000 hectares of trees a year by 2025, but experts have warned that the Government is on course to comfortably miss the target.

Got a story? Get in touch with our news team by emailing us at webnews@metro.co.uk. Or you can submit your videos and pictures here.