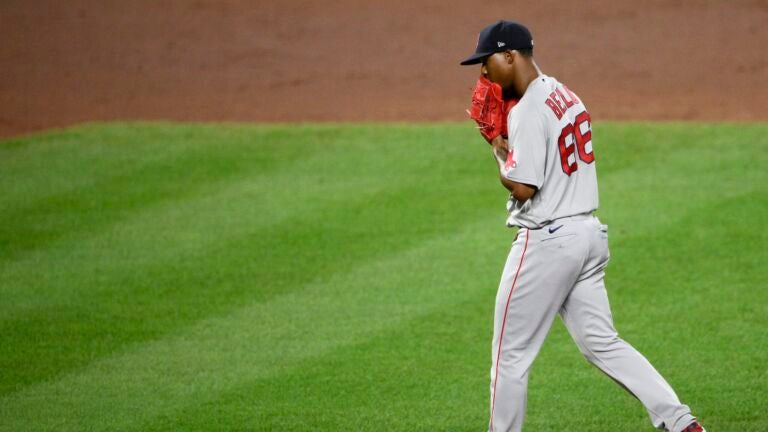 BALTIMORE (AP) — No matter how this season ends for the Baltimore Orioles, Gunnar Henderson and the rest of their young players are experiencing meaningful games.

“This is going to be really beneficial for them going forward into next year,” manager Brandon Hyde said. “Being able to be in a tight ballgame in a pennant race against the Red Sox, that’s only going to be helpful going forward.”

Henderson hit a bases-loaded single in the sixth inning to cap a big Baltimore rally, and the Orioles beat Boston 3-2 on Friday night. It was a much-needed victory for the Orioles, who lost three of four to Toronto in their previous series to fall 4 1/2 games behind the Blue Jays for the final American League wild card.

Baltimore trailed 2-0 after Xander Bogaerts hit a two-run homer in the third, but came back with three runs in the sixth. Henderson’s hit brought in two and gave the Orioles the lead.

“Him, Adley (Rutschman) — all these guys that are coming up it seems like — they’re not scared of the spotlight,” starting pitcher Austin Voth said. “They’re helping us out.”

Jake Reed (1-0) got the win as the second of five Baltimore relievers who shut out Boston for five innings. The Orioles did not use closer Félix Bautista, instead relying on Dillon Tate for the final four outs. Tate earned his fourth save.

Hyde said he was giving Bautista an extra day off because of arm fatigue, but he’s hopeful the big right-hander will be available Saturday.

Brayan Bello (1-5) took a shutout into the sixth for a second straight start, but his wildness caught up to him, and reliever Kaleb Ort couldn’t hold the lead.

Bello pitched around a couple of walks in the fifth, but with one out in the sixth, Cedric Mullins singled and the next two hitters walked.

“His stuff was really good, but at the same time he’s learning,” Red Sox manager Alex Cora said. “We didn’t throw strikes there in that inning, and we paid the price.”

Ort relieved Bello and threw a wild pitch to bring home a run. After a walk to Ryan Mountcastle re-loaded the bases, Henderson — one of Baltimore’s celebrated rookies — singled through the hole into right field.

Bello blanked Texas for six innings last weekend, and although he was charged with the three sixth-inning runs against the Orioles, he allowed only three hits and struck out seven.

Bogaerts had three hits to raise his AL-leading batting average to .318.

Yes, Hyde says, the Orioles are scoreboard watching a bit while chasing a postseason spot.

“At this point, yeah, you watch. You see what other teams around you are doing,” Hyde said. “That’s the fun part about it. Most of our guys, like I’ve said a lot, experiencing this for the first time, so it’s fun.”

The news hasn’t been very good for the Orioles lately, and that continued Friday with Tampa Bay and Toronto both winning. Seattle hosted Atlanta later Friday night.

The Orioles are hoping RHP Jordan Lyles (10-9) will be able to pitch Saturday. He was scratched from his start Monday because he was feeling sick. Michael Wacha (10-1) takes the mound for Boston.

Get breaking news and analysis delivered to your inbox during baseball season.

Bill Maher torn on Biden's anti-MAGA speech: I like that he gave it, 'but the way he did it? Not good'