Editor’s Note: This story first ran on Viasildes News April 9, 2013, but has been republished following the Tuesday announcement of Mikhail Gorbachev’s death.

A trio of the world’s preeminent leaders from the waning days of the Cold War came together for the final time. Icons, they were as indelible from the cultural fabric of the decade as “The Cosby Show” and “Family Ties” airing back-to-back on Thursday nights, cult movies like “Heathers” and “The Breakfast Club,” and little old ladies demanding “Where’s the beef?”

But this wasn’t like a rock band hitting the road for a reunion tour. The flag-draped casket flanked by an honor guard in the middle of the Capitol Rotunda explained that. 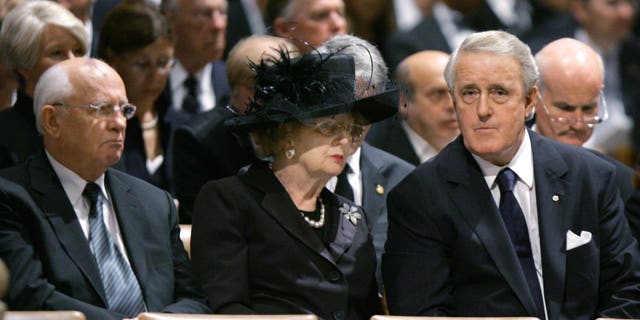 They would visit their friend one last time in a moment. But for now, they waited.

They were part of a line of people who stood in the hall running between the Rotunda and the Old Senate Chamber. The men wore dark suits. The women, dark dresses.

But this duo stood out among the other mourners.

For him, there was the vascular, port-wine birthmark.

And for her, there was the purse.

In other times, the purse might dangle from the left forearm as she waved to the crowd or photographers.

But on this day, she clutched it close to her body like a satchel filled with diamonds. 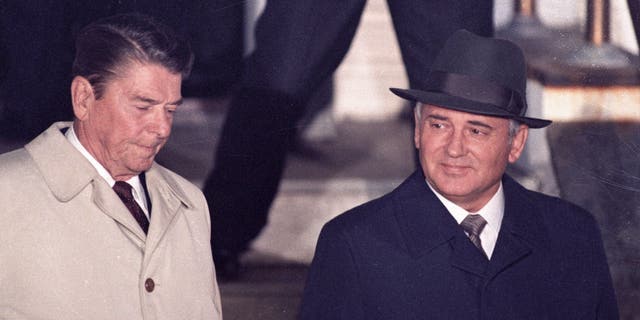 Amid the murmuring, no one really thought much about it. But this was the ‘80s. And here you had Mikhail Gorbachev, the former general secretary of the Union of Soviet Socialist Republics, and the Right Honorable Baroness Margaret Thatcher, former prime minister of the United Kingdom and Northern Ireland …

To say goodbye to Ronald Wilson Reagan, the 40th president of the United States.

Gorbachev moved to the Rotunda and patted the coffin of the man who declared his nation “The Evil Empire.”

Reagan and Gorbachev were the ‘80s prime figures as leaders of the world’s only superpowers. But it was Thatcher who brought them together.

It was Thatcher who first met Gorbachev upon his ascendency in the Kremlin. Thatcher said, “I like Mr. Gorbachev. We can do business together.” Such a iron-clad endorsement from the Iron Lady went a long way with Reagan. That prompted arms summits in Geneva and even a failed set of talks in Reykjavik, Iceland. Some argue Reykjavik was ultimately successful — because the two sides learned how close they were to getting a treaty.

It was Gorbachev — and his station in life at the helm in the Kremlin — that brought Thatcher and Reagan together: united in their disdain for communism.

And here it was Reagan’s passing that brought them together under the Capitol Dome on this somber occasion. Thatcher stood quietly in the Capitol corridor, waiting to pay her respects to her friend. For Reagan trusted her like no other foreign leader. She approached Reagan’s coffin in the Rotunda deliberately — and with some assistance. Ruby red lipstick and a single strand of thick pearls stood out against her black ensemble. Thatcher reached out delicately, stroked her right palm across the American flag that swathed Reagan’s casket as though she were petting an animal.

Other mourners looked around the Rotunda. They spoke in hushed tones. They dabbed at their eyes with Kleenex. 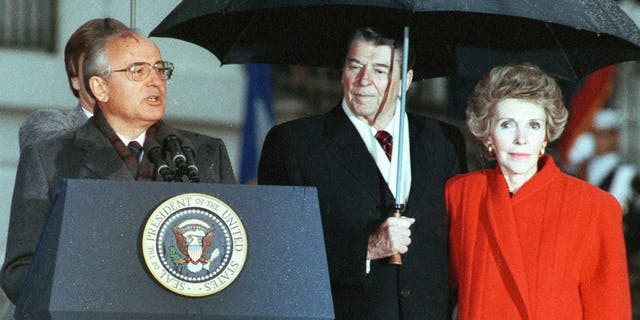 In February 1985, Thatcher’s embrace of Reagan was on display during her speech to a joint session of Congress. At the time, Thatcher became the first British prime minister to address both the House and Senate since Winston Churchill in 1952.

She applauded Reagan’s approach with Gorbachev, saying it “brought the Soviet Union to the bargaining table in Geneva.” Thatcher also stood foursquare behind Reagan’s plan for a space-based missile defense system to guard against a Soviet attack, much to the pleasure of Republican lawmakers. The formal name of the missile system was the Strategic Defense Initiative (SDI). But the late Sen. Ted Kennedy, D-Mass., had dubbed it “Star Wars” for its seemingly sci-fi concepts of shooting lasers into outer space.

AS WAR RAGES IN UKRAINE, REAGAN’S HISTORIC MISSION TO RUSSIA HAS LESSONS FOR US TODAY

An economic conservative, Thatcher drew the ire of Labour with her budget cuts and social service reforms — to say nothing of bands like Pink Floyd and The Clash who took their grievances with her directly to vinyl. And Thatcher took the occasion on Capitol Hill to implore Washington to harness spending.

“We support so strongly your efforts to reduce your budget deficit,” Thatcher said. “No other country in the world can be immune from its effects — such is the influence of the American economy on us all.” 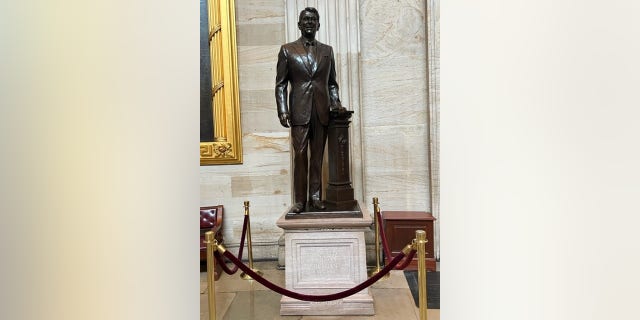 But in her presentation to Congress, Thatcher saved her praise for Reagan, speaking just days after his second inauguration (also held in the Capitol Rotunda due to a bitter 1985 cold snap).

“There is a new mood in the United States,” Thatcher told lawmakers. “A visitor feels it at once. The resurgence of your national pride is almost tangible. Now the sun is rising in the west.”

Thatcher went on to declare her speech before the joint session of Congress was “one of the most moving occasions of my life.”

This week, the House returned the favor, approving a resolution honoring Thatcher “for her life-long commitment to advancing freedom, liberty, and democracy and for her friendship to the United States of America.”

PUTIN SIDELINES RUSSIA’S DEFENSE MINISTER OVER STALLED PROGRESS IN UKRAINE, ACCORDING TO THE UK

When the House finished for the night, it adjourned in honor of Thatcher — the same gesture it made to Winston Churchill when he passed away in 1965. 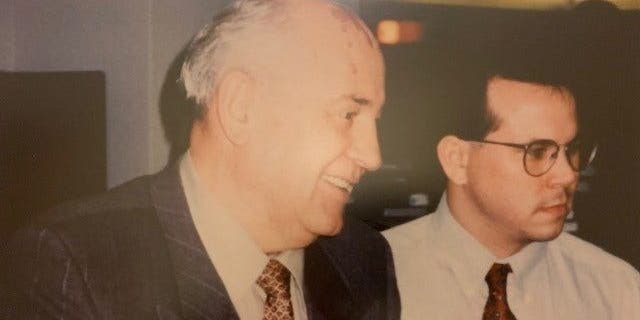 Then-House Minority Leader Nancy Pelosi, D-Calif., hailed Thatcher for her “steady hand in our fight to win the Cold War, helping bring down the Berlin Wall, brick by brick.”

Perhaps that sentiment is only appropriate.

In the Capitol Rotunda stands a statue of Reagan. The base is lined with pieces of the Berlin Wall — forever linked to Reagan with his 1987 exhortation “Mr. Gorbachev, tear down this wall.”

Reagan’s line is without question one of the most seminal moments of the decade.

So of that ‘80s troika, just one remained: Gorbachev, who outlived both the Soviet system and his fellow leaders.

The ‘80s are long gone. Reduced to a Sirius/XM channel cranking out Duran Duran and The Thompson Twins. Or you can spy reruns of “St. Elmo’s Fire” on cable.

But politically, they rolled out the final playlist of the ‘80s in the early 2000s when the trio said goodbye to one another under the Capitol Dome.

Chad Pergram currently serves as a congressional correspondent for FOX News Channel (FNC). He joined the network in September 2007 and is based out of Washington, D.C.