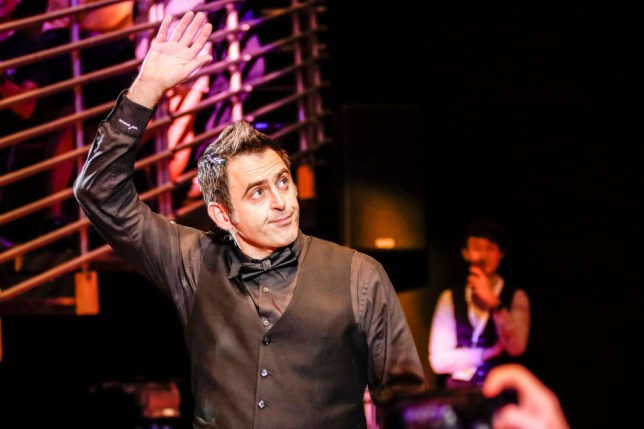 The draw has been made for the upcoming Hong Kong Masters, and with the top six players in the world, plus two local wildcards, it was never going to disappoint.

Ronnie O’Sullivan will take on three-time women’s world champion Ng On Yee in the opening round, while there is a repeat of two previous World Championship finals in Judd Trump vs John Higgins.

Mark Selby plays the other local wildcard, Marco Fu, and there is a brilliant clash in prospect between Masters champion Neil Robertson and reigning UK champ Zhao Xintong.

The winner of O’Sullivan vs On Yee will play Robertson or Zhao, while Trump or Higgins will meet Selby or Fu in the semi-finals, so we look guaranteed some fantastic contests at the Hong Kong Coliseum from 6-9 October.

The draw was confirmed at a press conference on Friday, with the South China Morning Post reporting that organisers are expecting a capacity crowd of 8,000 for the event.

Ronnie O’Sullivan vs Ng On Yee

Semi-finals and Final (best of 11)

Chairman of the Hong Kong Billiard Sports Control Council, Vincent Law Wing-chung, explained that the players will be in a closed loop bubble, similar to that used at the Winter Olympics earlier this year.

They will be allowed to move around within that bubble, but Covid restrictions remain far stricter in Hong Kong than they are now in the UK.

‘Players will not be allowed to go out freely – they will be protected inside the bubble,’ he said. ‘One of the conditions that the World Snooker Tour imposed on us to host this event was that if there was quarantine, they would not allow their players to come here.

‘When the rest of the world is back to normal, it is hard for the overseas players to see why Hong Kong’s pandemic restrictions are so behind. A bubble is the only way for them to come.

‘Of course, it is better if there are no bubbles, and the world’s top players can have some contact with the city’s snooker fans, but we still hope that spectators can get close to the star players.

‘We’ve been spending time on persuading top players to come. They know that even with pandemic restrictions, they still expect a good show in Hong Kong.’

It is a major tournament for those involved, playing in front of a huge audience with the winner walking away with a top prize of £100,000.

It is also a return to Asia for the first time since the start of the pandemic, with World Snooker Tour and the WPBSA hoping this is a stepping stone to a return to the major tournaments held in mainland China.

The Hong Kong Masters will be shown on Eurosport in the UK.

MORE : Ronnie O’Sullivan picks out Barry Hawkins as a player who ‘doesn’t bring the fight enough’

Is Bill Nye a Real Scientist? Why Some Question His Credentials