The SJC’s ruling would “help deal with the harm to communities of color that was inflicted by the war on drugs and tough-on-crime policies.” 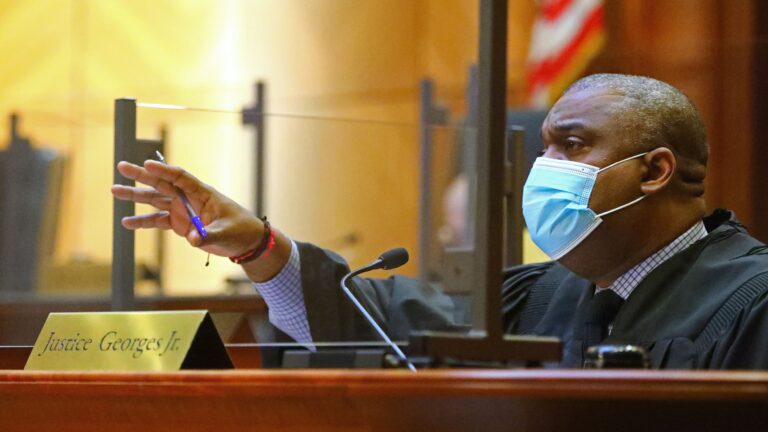 Serge Georges Jr., an associate justice of the Supreme Judicial Court of Massachusetts, questions an attorney during arguments in March. Georges Jr. authored a unanimous opinion that expands access to expungements in the state. Pat Greenhouse/Globe Staff

By Dan Adams, The Boston Globe

The Supreme Judicial Court of Massachusetts ruled Thursday that a Boston judge “abused his discretion” when he denied a request by a former defendant to permanently erase legal records of two marijuana possession arrests in the early 2000s.

The unanimous opinion, written by Associate Justice Serge Georges Jr., found that people previously arrested for cannabis crimes that have since been legalized are entitled to “a strong presumption in favor of expungement.” It orders a lower court to grant the request and effectively removes the power of state judges to deny similar petitions, unless they can cite a “significant countervailing concern.”

“This is huge,” said Pauline Quirion, the lead attorney for Greater Boston Legal Services, who represented the former defendant in the case. “It’s a fabulous decision that reflects basic common sense: It’s clearly unjust to have to carry a criminal record for something that’s no longer a crime.”

Finish the story at BostonGlobe.com.