Steven Euesden Salesman extraordinaire at the Euro Weekly News #Steven #Euesden #Salesman #extraordinaire #Euro #Weekly #News Welcome to Viasildes, here is the new story we have for you today: 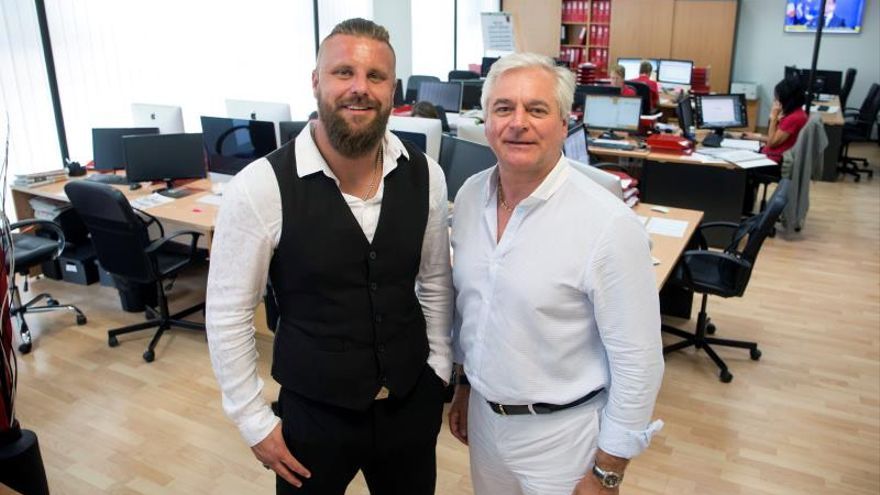 Born in Kent in the 60s, Steven Euesden moved to Bolton, north England, before starting an apprenticeship in a mill. It was here he realised his passion – and talent – for sales, and the rest was history.

During his apprenticeship at a mill in Bury, north England, Steven Euesden knew in his heart that this wasn´t the life, or career, for him. He began a sales career in insurance, realising his passion and talent as a salesman and, as the saying goes, he never looked back.

Disliking his role at the mill and after discovering his natural gift for selling and forming relationships with clients, Steven spent the late 80s working in Portugal where he realised his desire to work and live abroad. Leaving an apprenticeship for what was to become his profession was his own decision based on self-knowledge and so, too, was wanting to seek fame and fortune outside the UK. Then, he met his wife Michel and life rapidly began to change for the power couple who are now so well-known on the Costa del Sol and around Spain.

Both knowing they made an unbeatable team, Steven and Michel, along with Michel´s son and head salesman at the EWN, packed up their lives in 1995 and sped off for sunny Spain! It wasn´t long before they bought a paper, and so the Euro Weekly News was born – and thrived ever since. It took Steven and Michel almost a week to get to Mojacar (Almeria) from England ready to start a new life; an experience that they share with many other Brits who have business interests in various sectors, from furniture stores to vehicle repairs and real estate.

Steven said of their achievements: “I am immensely proud of our achievements in Spain and Portugal although as many people who work and live abroad soon realise to their cost, making a success of any business venture out here requires an investment of twice the amount of blood, sweat and – yes – tears as in the UK.”

“I hold some very strong opinions. I make no apology for them but I am always more than willing to give the reasons for my views.”

The Euro Weekly News began with just 10 employees, since then it has gone from strength to strength under the guidance of Steven and Michel Euesden, now employing around 83 people across 6 regional offices. Michel said of the paper: “It is our continuing aim to provide a quality resource to the general public incorporating interesting and stimulating editorial coupled with a wide range of companies being represented through advertising.”

As director of sales at the Euro Weekly News, Steven Euesden and the team offer advertisers extremely competitive rates, combined with the supporting cast of their bilingual in-house team, covering every aspect of the business – sales, marketing, production, design and probably the most crucial of all, after-sales back-up.

During the last two decades, the EWN has maintained a growth in its database, with an average of 4,000 companies advertising each week and supporting these companies to be successful.

Publishing 580,667 copies each month, The Euro Weekly News is the most successful, respected and longest-running weekly in Europe, as well as the best and largest English-language media platform in Spain, where English expats and travellers can stay up to date on the latest news and entertainment.

Thank you for taking the time to read this article. Do remember to come back and check The Euro Weekly News website for all your up-to-date local and international news stories. Remember, you can also follow us on Facebook and Instagram.