Stu tries to explain his secret after visit in Coronation Street video | Soaps #Stu #explain #secret #visit #Coronation #Street #video #Soaps Welcome to Viasildes, here is the new story we have for you today:

After spending years sending Bridget cards and gifts, Stu finally plucked up the courage to go and see her – but it did not go to plan.

Stu has previously alluded to the fact Bridget doesn’t talk to him because of what happened in his past and during their first meeting, we were given more hints about that huge secret.

To put it simply, Bridget was terrified to see her dad again and immediately told him to leave.

Desperate to prove his innocence, Stu begged with his daughter and said, ‘I didn’t hurt that girl’.

While we still don’t know exactly what Stu is talking about, this new video is helping us put more pieces of the puzzle together.

In Speed Daal, Stu’s ex-wife Lucy turns up and says Bridget wants absolutely nothing to do with him.

Lucy isn’t keen on ‘raking up the past’, given the fact Stu has served his time behind bars, but overhearing the conversation is Alya (Sair Khan) and Yasmeen (Shelley King) who is, of course, still trying to rebuild her life after being abused by Geoff Metcalfe.

Trust is something incredibly important to Yasmeen. Since meeting Stu, she’s grown close to him and started to realise a future with someone who isn’t like Geoff at all is perfectly possible. 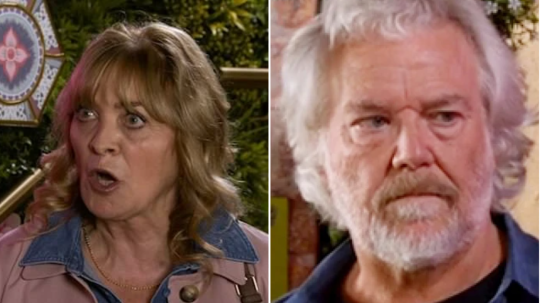 So how much will change when Stu’s secret is eventually revealed?

What happened in the past that’s made Bridget and Lucy so fearful of him?

With Bill Fellows recently saying the audience will be ‘shocked and surprised’ when the truth is exposed, he also confirmed we’ll be torn over whether or not to believe Stu.

This is going to be an interesting storyline.