The time a Champions League finalist made the Queen laugh with a strange offer #time #Champions #League #finalist #Queen #laugh #strange #offer Welcome to Viasildes, here is the new story we have for you today: 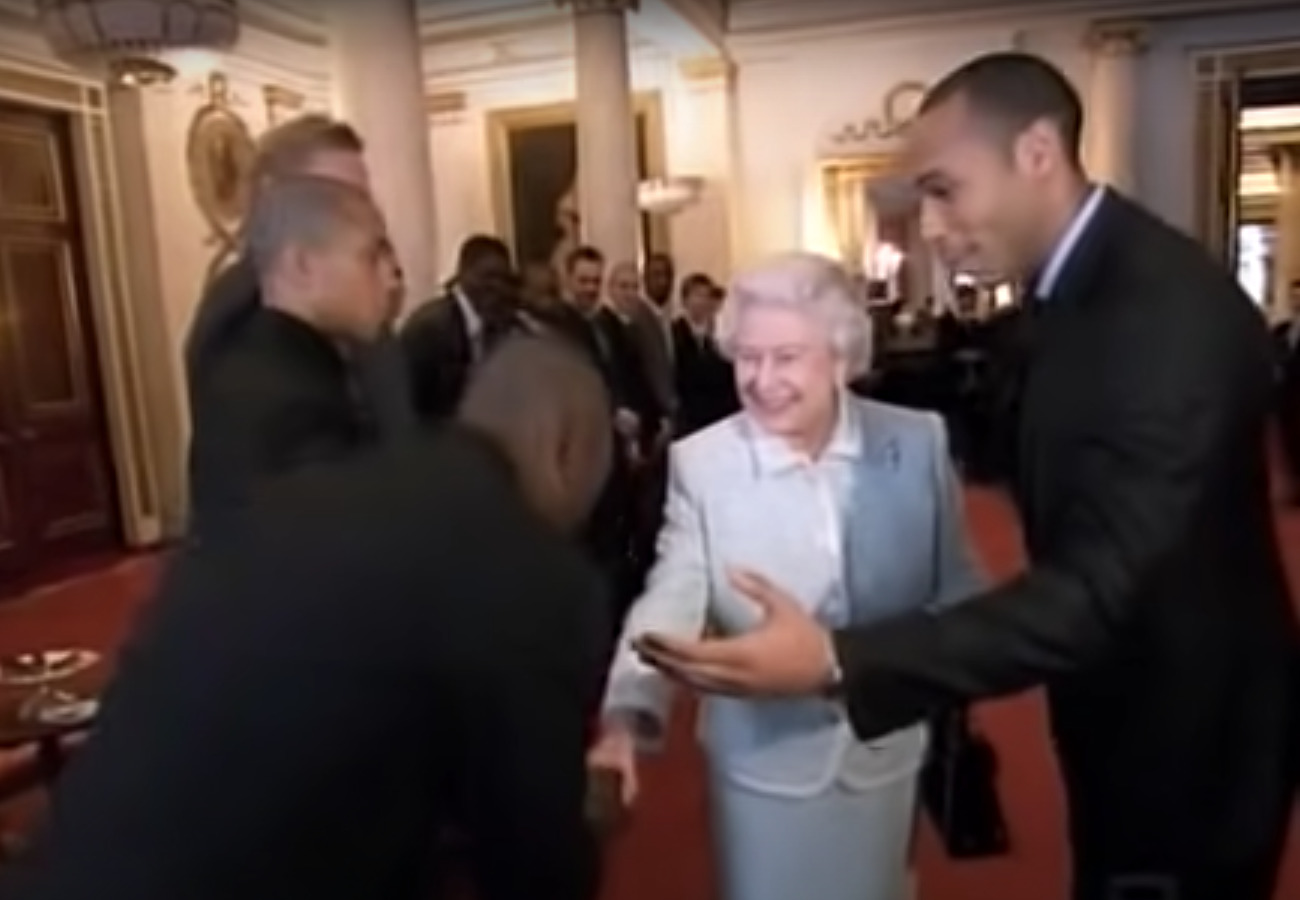 The time a Champions League finalist made the Queen laugh with a strange offer. Image: matercado20/YouTube

BACK in 2007, Arsenal Football Club were invited to have civilised afternoon tea with the Queen, however, one of the team’s Champions League finalists ended up making everyone, including Her Majesty, laugh with his strange request.

Arsenal’s Emmanuel Eboue, who was a Champions League finalist with the Gunners in 2005–06, made the Queen laugh with his offer to look after the Royal’s corgis.

Since the passing of the Queen on Thursday, September 8, football fans have shared a video of Arsenal’s trip to Buckingham Palace and although the footage does not show the incident with Eboue, the story he told of the event has also been making the rounds.

Eboue said: “We went there and Thierry Henry said to me, ‘Please, Emmanuel, it’s the Queen’s house, don’t do anything’. ‘No problem,’ I said, ‘Don’t worry’. So the Queen came in & went along shaking each player’s hand.

“[I said to the Queen] I want to take them for walks, wash them, feed them. I want to be a dog carer. The Queen, honestly, she was laughing. Prince Philip was laughing too. All the team were laughing!”

Emmanuel Eboue on visiting Buckingham Palace in February 2007: “We went there & Thierry Henry said to me, ‘Please, Emmanuel, it’s the Queen’s house, don’t do anything’. ‘No problem,’ I said, ‘Don’t worry’. So the Queen came in & went along shaking each player’s hand.” #afc

In the video of the London side’s trip to the Palace, a funny moment captured was Gunners goalkeeper Manuel Almunia admitting he “doesn’t like tea but you have to do it here.”

Arsenal are the ONLY football club to ever be invited for afternoon tea with the Queen 👑pic.twitter.com/tNJlKgr8j7

Also, speaking to the Queen, Arsenal’s legendary manager Arsene Wenger handed the Queen the club emblem of a cannon and joked: “It’s not to incite you to make war.”

People on social media commented on the posts.

“The most unserious person ever,” one person wrote.

The most unserious person ever. 😂 https://t.co/D3MhXkw1tA

Another person said: “A touching thread.”

Another said: “Arsène Wenger “It’s not to incite you to make war”.

Arsène Wenger “It’s not to incite you to make war” https://t.co/GMNiHV7MT2

“She never got to meet Arteta,” one person said with heartbroken emojis.

She never got to meet Arteta💔💔💔💔 https://t.co/HkBmaMlGs4

Gibraltar issues statement on the death of Her Majesty The Queen