Ukraine claims more than 1,000 square kilometres liberated in offensive against Russia #Ukraine #claims #square #kilometres #liberated #offensive #Russia Welcome to Viasildes, here is the new story we have for you today: 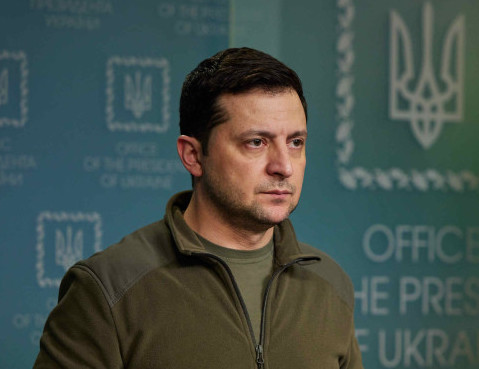 Ukraine’s President Zelenskyy claims that more than 1,000 square kilometres of his country has been liberated by Ukrainian forces since the launch of their offensive earlier this week.

Speaking on Friday, Spetember 9, Zelenskyy said that his troops continue to report successes against the Russian occupiers in the Karkhiv region. Included in the claim is the news that the district town of Balakliya has been liberated.

Promising that Ukraine will be free Zelenskyy said that Ukrainian troops had penetrated deep into the rear of the Russian forces allowing them to inflict serious damage and to liberate large parts of the country. Russian troops, however, still occupy more than 120,000 square kilometres of the country including the Crimean peninsula.

As evidence of the recapture, Selenskyy published a video allegedly filmed on the town hall In front of the blue and yellow Ukrainian flag. The news has yet to be independently verified, however, videos surfacing on social media showing passers-by waving at the Ukrainian soldiers or hugging them tearfully.

Emotional citizens who have survived 7 months of russian occupation in Balakliya come out to greet the Ukrainian soldiers who liberated the town pic.twitter.com/kso8OlWJEp

Russia claims that it still controls the town that was originally home to around 27,000 people, saying that reserves were going into battle.

According to the Ukrainian General Staff in Kyiv, troops have already advanced about 50 kilometres to the east and towards the town of Kupyansk where there is an important railway junction through which Russia supplies its troops.

According to some military experts the Russian military leadership appears to have been caught off-guard and have been surprised by the attack near Balaklija, saying Russian forces were spread too far.

By comparison Ukraine appears to be well organised and systematic in its counteroffensive.

The claims by Ukraine that more than 1,000 square kilometres have been liberated in offensive against Russia is good news for the country, but there is a long way to go yet with no end of the war in sight.

Biden to tell Ohioans his policies will revive manufacturing

Families of FDNY, NYPD members who died of 9/11 illnesses reflect on loved ones