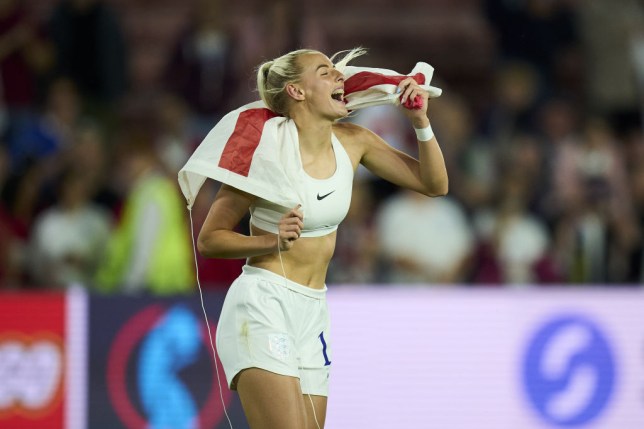 England are in the Euro final – here’s where to watch (Picture: James Whitehead/Anadolu Agency via Getty Images)

Could it be? Are the Lionesses about to bring football home?

Well, that’s what the country is hoping, following England’s epic 4-0 defeat of Sweden in the Women’s Euro 2022 semi-final.

Many football fans will be heading to Wembley Stadium to watch the squad take on either France or Germany in the final on Sunday, July 31 at 5pm – but tickets are now totally sold out.

Still, you can always support England by watching the match on TV, or tune in via a big screen in London.

Unfortunately, popular Boxpark venues in Shoreditch and Croydon have already sold out of tickets for the final.

You’ll still have some luck, though, as several other places around the capital are showing the big game…

Do you need to book in advance? Yes, Truman’s Social Club’s website states that bookings go live at midday on Wednesday, July 27 – so act fast. When it’s live, you’ll see the booking option on the left in the red column.

After successfully hosting the semi-finals on its big screen, this big (and very cool) beer hall in Walthamstow, East London will be opening up its doors for the final from 5pm. 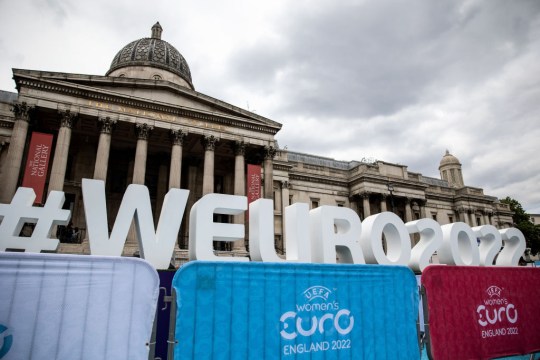 Do you need to book in advance? Yes, by visiting London.gov.uk and registering your interest by 5pm on Friday, July 28.

There are up to 7,000 spots available to watch the Lionesses roar on Sunday outside in London’s iconic Trafalgar Square. Tickets will be first come, first served. Best of all, they’ll be totally free. 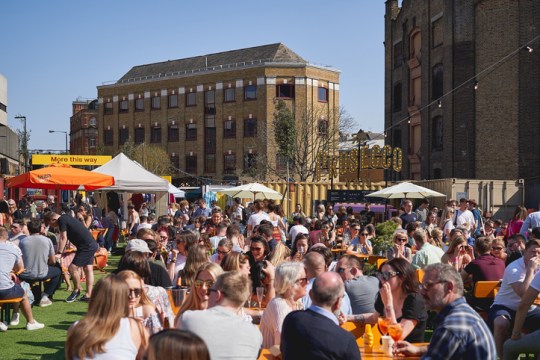 Do you need to book in advance? To reserve a table, you’ll need to email courtyard@barserveco.com – as patrons did for the semi-finals which aired earlier this week.

Vinegar Yard, just by London Bridge Station, is showing the Women’s Euro final in its Courtyard Bar, rather than the main garden. Find more general information on the Vinegar Yard website.

Do you need to book in advance? No, though it may be busy.

Between Victoria and Belgravia, Eccleston Yards will deliver on a big screen and deck chairs for watching England play – as the market and courtyard also did for Wimbledon.

Do you need to book in advance? No, but turn up well before 5pm if you want to find seating.

In the White City area of West London, you can show up to see the game on a rather large projector set up at the building complex Television Centre, which is home to several BBC studios. 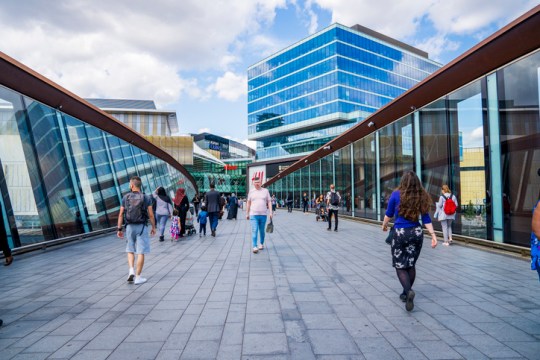 Do you need to book in advance? Varies depending on venue, but always check before making plans.

There are a whopping 23 screens at the Westfield Stratford shopping centre in East London all scheduled to be playing the match. While they won’t all be massive, check out The Bat & Ball, which is Westfield’s largest bar and live sports venue.

EURO 2022 FINAL HERE THE LIONESSES COME! ð¦
Tix from Â£5 inc drink: https://t.co/xr5TslzCCl ð
Join 1250 England fans this Sunday with the best atmosphere in London as our awesome women’s team bring football home! â½ï¸ ð
This will sell out so make sure you snap tickets up early! ð¥ pic.twitter.com/E1OliK6y04

Do you need to book in advance? Yes, and tickets will sell out fast. Book now on Clapham Grand’s website.

Around 1,250 fans will be gathering at The Clapham Grand pub in Clapham Junction to enjoy the final on the big screen. Tickets are just £5, and include a drink, so it’s a pretty sweet deal if you can nab some.

MORE : England men’s stars lead the praise for the Lionesses as they reach Women’s Euros final

MORE : Young England fan, 8, spotted going wild to Sweet Caroline at Euros had no idea she was being filmed: ‘It was crazy’