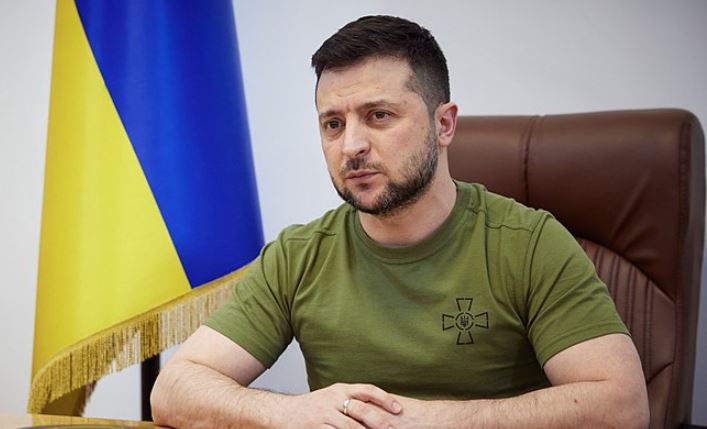 Ukrainian President Volodymyr Zelenskyy has vowed that only Kyiv will decide how the Russian-annexed territory of Crimea will be recaptured.

Speaking during a news conference today, Tuesday, August 23, Ukrainian President Volodymyr Zelenskyy vowed to recapture the territory of Crimea that was annexed by Russia.

He said Kyiv alone would have the say in any decision taken on how or when this action would occur, and that they did not need the permission of other nations before doing so. “We will take back Crimea– it is our territory. We will decide this by ourselves, without consultation with any other country in the world”, he stated.

As reported by the BNN Newsroom, his comments came after the ‘Crimea Platform’ forum held in Kyiv, which was hosted by Ukraine, and focused on the situation regarding the peninsula.

JUST IN: President Volodymyr Zelenskiy vowed on Tuesday #Ukraine would recapture its annexed peninsula of #Crimea from Russia when it chooses and that #Kyiv will not consult other countries before doing so. pic.twitter.com/M7kZSTGXxd

These strong words came on the same day that US president Joe Biden is expected to announce a new $3 billion (€3.01bn) aid package for Ukraine. A US official in Washington hinted at this earlier today. Should this materialise then it would be the largest such assistance generated by Washington since the conflict in Ukraine began back in February.

JUST IN: Washington is expected to announce a new weapons assistance package of about $3 billion for #Ukraine, a U.S. official said on Tuesday. pic.twitter.com/ZO4PyTVXDq